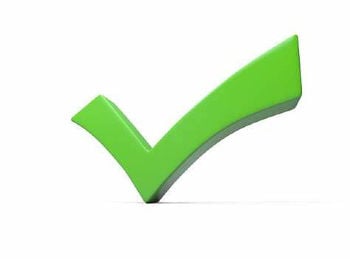 Michael Nochimson, who is running for a third term on the Verona Town Council, says in his campaign literature and on his website that he done two very specific things to improve Verona’s business district. But has he? 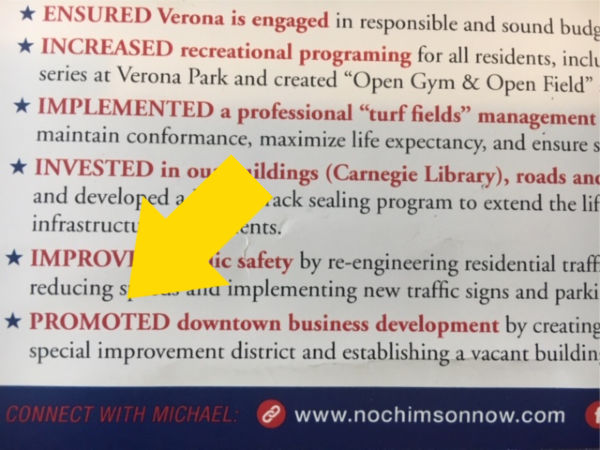 The fact check: While Nochimson did raise the issue of creating a vacant building tax during the Council’s first budget workshop on March 5, he has not introduced a resolution or ordinance on this or a BID in either his current Council term or his previous one. Nochimson was first elected to the Council in 2011 and re-elected in 2015, and also now serves as deputy mayor. The Verona Town Council has not approved legislation for a special improvement district or a vacant building tax, and no such measures have been submitted by any other member of the body.

Verona has revived its Chamber of Commerce during the current council’s term, through work by Steve Neale, Verona’s director of administration and economic development, and Councilman Jack McEvoy. While a chamber can collect dues from its members, that is not the same as a special assessment that would be imposed on all businesses or business property owners. Neale has also led special forums with business owners over issues like parking. (MyVeronaNJ.com is one of the three dozen Chamber members now.)

An improvement district is also not the same as the redevelopment resolutions that Nochimson and the other Council members have approved with regard to the Spectrum360 school and the Cameco factory lots, properties at the eastern and western edges of Verona respectively.

When Nochimson raised the issue of a vacant building tax during the budget workshop, Township Manager Matt Cavallo advised him that Verona did not, in fact, have any vacant buildings. Cavallo said that while there are buildings that have ground-floor vacancies, those buildings do have other tenants and could not be subject to a vacant building tax. Verona does have a vacant lot in the center of town where an IHOP restaurant once stood, but there are no structures on that property.

Nochimson has proposed and voted for other measures with regard to Verona’s business district. He got Verona to get a street sweeper, which is used in both the downtown and on residential streets. In May 2018, he introduced and helped pass an ordinance to limit municipal pickups of commercial garbage. But Ordinance 2018-18 was suspended and then rescinded after a petition against it achieved the required number of signatures.

The discussion about the vacant building tax begins right after Neale’s presentation of the Shop Verona banners in the video below:

Nochimson’s response: MyVeronaNJ asked Nochimson about the door knocker and website claims on April 11, noting that the phrasing implied that the two measures already exist. He responded by text message, saying, “No it Does Not!! I never said, Implemented / Achieved/ or Accomplished , We Promoted it .. We Never Ever Mislead!! It is completely Accurate. We promoted Great / Creative ideas and will continue to fight for Them !!!”

Nochimson added today that “We promoted it to the Council  and Public many times and will continue to fight to improve our downtown.”

Bottom line: “We never established a business improvement district and there is no vacant building tax,” Cavallo said in an interview last week. The Town Council could consider creating a BID in the future.