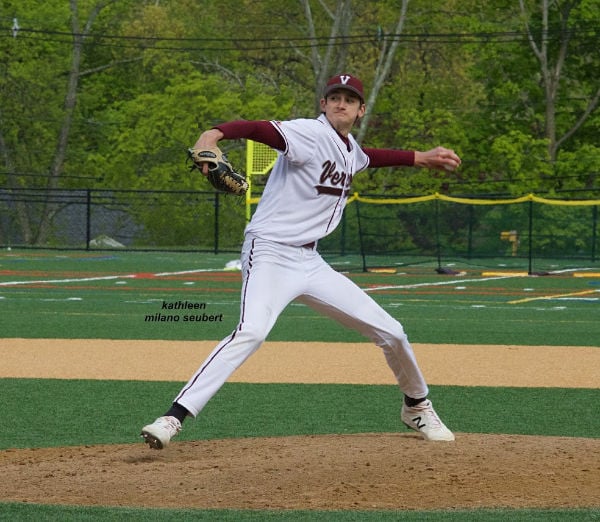 Pierce Coppola showed the Caldwell Chiefs who was in charge yesterday. Verona High School baseball’s sophomore pitcher held Caldwell scoreless through six innings, striking out 11 and walking one. Coppola got one out at the top of the seventh and probably would have continued that trend through the end of the game had high school baseball’s pitch count rules not curtailed his afternoon.

Verona got on the scoreboard in the second inning when catcher Jake Milmoe drove in Will Gaccione. Gaccione, a junior, had his own stellar afternoon, delivering two hits–one of which was a triple–in three at bats. Nick Coppola finished out the pitching for Verona, striking out both of the Caldwell hitters he faced.

The 1-0 win improves Verona baseball’s record to 9-4 on the season, and 6-3 in league. If the weather holds, Verona has a 4 p.m. game in Newark against Newark East Side. 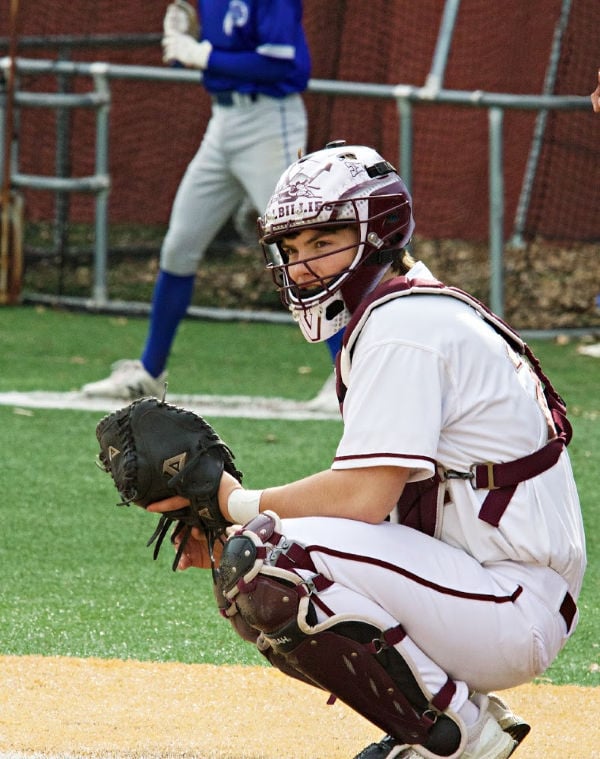 In other VHS sports news on Monday, girls lacrosse fell to MKA 12-5 in the second round of the Essex County Tournament, golf defeated Belleville 177-219 and boys tennis earned a 3-2 win over West Orange.

Both of Verona’s doubles teams won their matches, with first doubles’ Andrew Tracy and Ben Batson going 6-2, 6-1 and second doubles’ Leo Celi and Dan Zamloot getting a 6-2,6-0 win. Henry Wertz rounded out the success for Verona, with a 6-4, 6-4 third singles win.

Drew Weisser, a sophomore, led the golf team with a 37 on the afternoon. Jack Strippoli, winner of last year’s Group 1 individual state championship, had a 41. Strippoli has committed to play for Drew University in college.