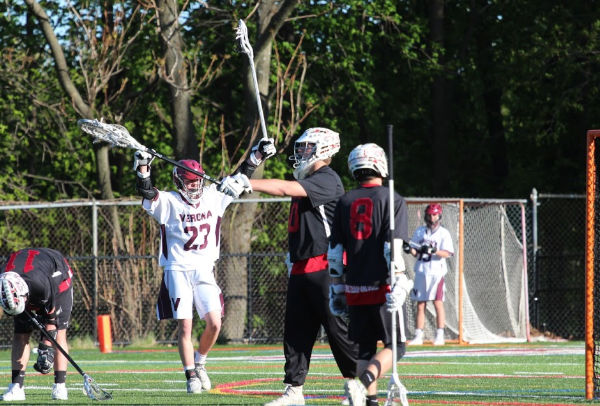 When the boys lacrosse teams of Verona and Boonton high schools took to the field at VHS on Wednesday afternoon, they were the only two undefeated teams in the Klank division. Now, Boonton isn’t. The Hillbillies soundly defeated the Bombers, 10-5.

Verona’s win was led by Jerry Strippoli with three goals, but scoring was spread widely across the team: Jarrod Keating had two goals, Jack Lonsinger had a goal and two assists, and there was one goal each from Brendan Erwin, Steven Luehs, Michael Matarazzo, and Jake McConnachie. Jack Gautieri, who powered down Sellitto Field like he had a motor on his back, was credited with the assist on one of Strippoli’s goals, while Harrison Keating was in goal and had nine saves. 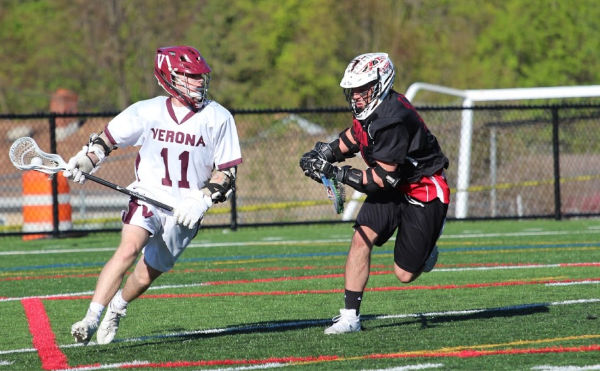 Coach Matt Diglio credited the team’s seniors for Verona’s current place in the division. “They set out a goal this year to win our division,” he says, “and Boonton was the main competitor left.” In addition to the Keatings, Erwin and Gautieri, Verona’s seniors this year are Matt Aldiero, Zach Balogh, Jeremy Boub, and Brandon Cariani. 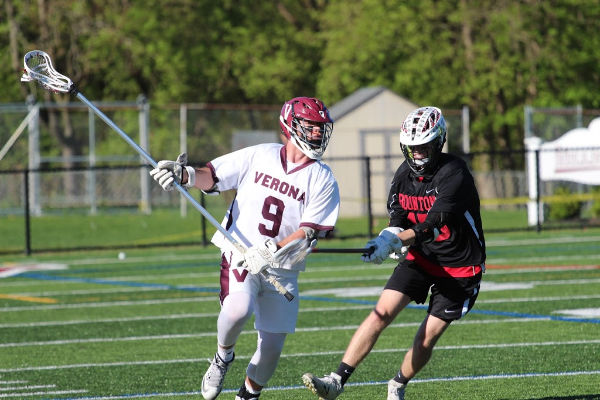 The seniors will be recognized during Verona’s game against Morris Catholic on May 6. Morris Catholic is one of the two Klank division teams that Verona has yet to play; the Hillbillies will take on the other, Parsippany, at home on May 8. 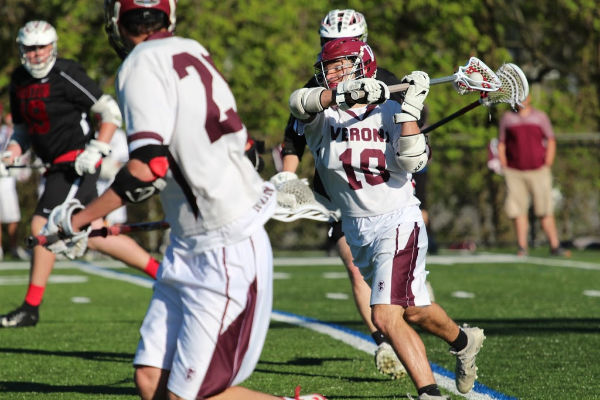 In addition to being 7-0 in the division, Verona is 9-4 overall. The Hillbillies will face Livingston in the first round of the Essex County Tournament on Saturday at 11 a.m. 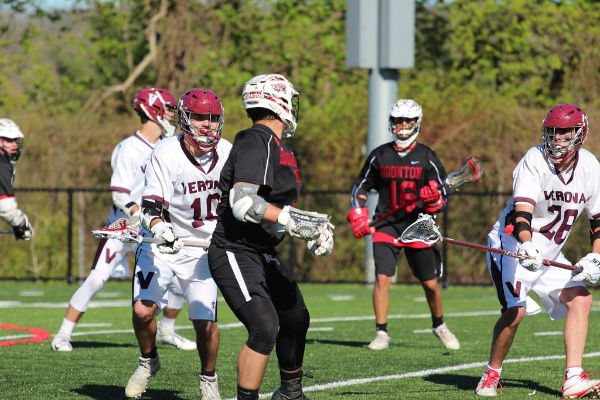