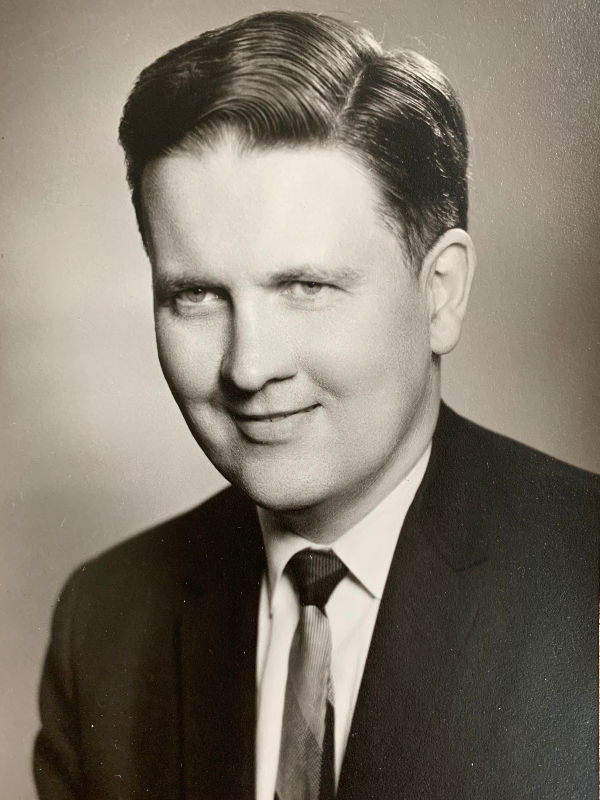 Born in New York City, Mr. Lally moved frequently as a young boy. Having lost his mom at the age of five, he and his father, a Marine Corps veteran and carpenter on film sets, lived in New York, then Maryland, finally settling back in the Bronx where Mr. Lally attended Cardinal B. Hayes High School. He worked on Wall Street shortly before serving in the U.S. Army Corps of Engineers from 1951 to 1953 during the Korean War. Upon discharge, he continued to work on Wall Street while pursuing his engineering degree at New York University at night, graduating in 1960. In 1968, he and his wife Virginia settled in Verona, where they lived until 2001 with their two daughters, Gilian and Brenda. During that time, he enjoyed a long career as a mechanical engineer and product marketer for Westinghouse and North American Philips, with which he holds U.S. patents on fluorescent lighting economics.

During his long residency in Verona with his family, Mr. Lally was a member of the Verona Rescue Squad and instructor for the IES (Illuminating Engineering Society). Upon his wife’s passing in 2004, he volunteered for a hospice organization in Ocean County and remained active in his retirement community until 2018 when he returned to Verona.

He was predeceased by his loving wife, Virginia Lally (nee Gates). Mr. Lally is survived by his daughters, Gilian Lally and Brenda Herman (Richard); and his grandchildren, Liam and Kevin Cunningham and Andrew, William and Benjamin Herman.

Condolences may be left at www.ProutFuneralHome.com.

In lieu of flowers, donations to the Verona Rescue Squad, 12 Church Street, Verona, NJ 07044 would be greatly appreciated.

- Advertisement -
Previous articleTrack Has Strong Showing At Relays
Next articleRecycle Your Electronics At Public Works This Friday, Saturday