What To Read? Verona Educators Have Some Ideas 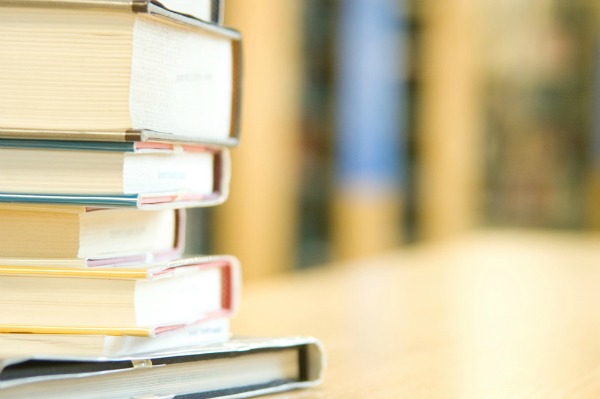 Given their profession, you’d expect Verona’s teachers and school administrators to be champions of reading books. But lately, they’ve been sharing their favorite books on Twitter at a furious pace.

In the Twitter challenge, the educators post covers of seven books that they love, one day at a time. They don’t review the book, or explain why they chose it. And then they widen the book circle by tagging someone else in the Verona education community and challenging them to share their favorites. The sharing has spread to all six schools, the Verona Board of Education, and beyond.

The challenge arrived in Verona after Nicole Stuto, the principal at Brookdale Avenue School, was tagged by a Brookdale parent who works in another school district. Stuto shared children’s books like “Chrysanthemum” by Kevin Henkes, “Wonder” by R. J. Palacio, “Matilda” by Roald Dahl, Eve Bunting’s “Fly Away Home“, and Katherine Applegate’s “Wishtree“, as well as “The 7 Habits of Highly Effective People“, the Stephen Covey classic. (Books mentioned here are linked to their listing in the Verona Public Library.)

Verona’s school librarians provided a lot of energy for the challenge, offering fiction and non-fiction for all ages. Corisa Walker, who works at F.N. Brown and Brookdale, picked Angie Thomas’ “The Hate U Give“, Kate DiCamillo’s “The Miraculous Journey Of Edward Tulane”, Chimananda Ngozi Adichoe’s “Americanah”, Sampson Davis’ “The Pact”, Patricia Polacco’s “The Junkyard Wonders” and Katherine Paterson’s “Bridge To Terabithia“. Maria Mayo at VHS posted David Sedaris’ “Me Talk Pretty One Day”, John Kennedy Toole’s “A Confederacy Of Dunces”, Jon Krakauer’s literally chilling “Into Thin Air” about a disastrous climb of Mount Everest, B.J. Novak’s “The Book With No Pictures”, and TV host Trevor Noah’s autobiography “Born A Crime“. Jen Kleinknecht, the librarian at HBW, was overwhelmed but did single out Kate Fagan’s “What Made Maddy Run“. (Fagan will be talking about the book at Verona High School with students and the community on April 1.)

Choosing 7 books feels nearly impossible. Here are some that came to mind. pic.twitter.com/XVC1eFQsOY

The book choices often seem to reflect the educator’s field. Glen Stevenson, Verona’s STEM supervisor, started with Carl Zimmer’s “Parasite Rex”, and also posted Mary Roach’s “Gulp: Adventures On The Alimentary Canal” and Michael Shermer’s Why People Believe Weird Things, while Dr. Stacey Smith, who teaches English at HBW, posted a well-worn copy of J.D. Salinger’s “The Catcher In The Rye”, Shakespeare’s “Hamlet”, and Charles Dickens’ “A Tale Of Two Cities”, among others.

There were some interesting dichotomies. Director of Athletics Bob Merkler posted something you might expect: Bill Simmons’ The Book Of Basketball. But he also shared the biography of a “Saturday Night Live” star, “The Chris Farley Show“, and “The Village“, a history of New York City’s Greenwich Village.

Sometimes the choices seemed to reflect interests beyond the classroom. Charlie Miller, director of curriculum and avid runner, posted Neil Bascomb’s “The Perfect Mile” about the effort to break the four-minute mile. Bridget Sullivan, who teaches sixth grade science at HBW, posted Jim Defede’s “The World Came To Town“, the book about what happened to Gander, Newfoundland on Sept. 11, 2001 that became the basis for the Broadway musical “Come From Away”. She challenged Chris Cunningham, HBW’s fifth grade special education teacher, and he recommended Joseph Ellis’ “Founding Brothers”, Doris Kearns Goodwin’s “The Bully Pulpit“, and David A. Andelman’s “A Shattered Peace”. (Full disclosure: Andelman was one of my bosses at Forbes.com.)

And in recent days, the challenge has jumped beyond Verona. Dr. Rui Dionisio, Verona’s superintendent, posted Marianne Williamson’s “A Return To Love“–and then challenged the spirituality guide to share her own book thoughts.