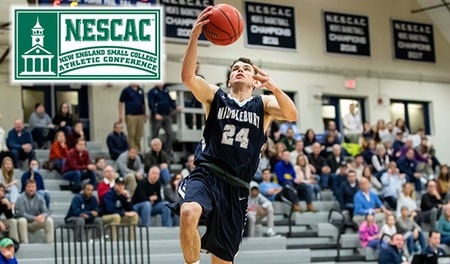 Middlebury College men’s basketball player Jack Farrell, a 2017 graduate of Verona High School, has garnered a First-Team All-NESCAC selection. The sophomore picks up his first career post-season accolade. Farrell and his teammates have an 18-7 record this season and will play Nichols in the first round of the NCAA Tournament on Friday, March 1, at a regional hosted by Rowan University. The game starts at 5:30 p.m.

Farrell paces the Panthers and ranks third in the NESCAC with 3.8 assists per game, handing out a career-best eight helpers on January 11. He leads Middlebury and ranks 10th in the league with 16.2 points per game, including a career-high 30 points on December 1 against Keene State.

Farrell is tied for seventh in the NESCAC with 1.3 steals per game. The second-year Panther also averages 4.7 rebounds per contest, placing him fourth on the squad from the guard position.