Laning Goes All In For Antarctica Week

Third grade teachers Jaime Ricci and Brian Samples came up with the idea for an “Antarctica Week” after one of Samples’ students mentioned that his family had a scientist friend who had lived in Antarctica for a year. “After we started discussing the possibilities of his participation,” Samples says, “the ideas started flowing and we decided to create a whole week of activities out of it.”

There was just one hitch: The scientist, Dr. Michael Town, lives in Seattle, where he is now a science teacher at a private school. 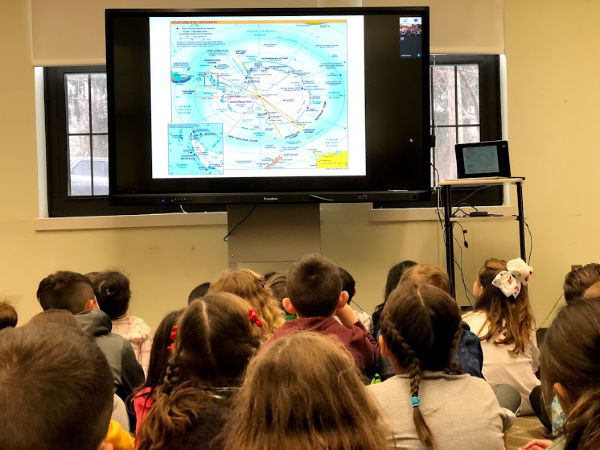 The solution came in the form of technology that was also from Seattle. Samples and Ricci proposed that Town, who has a PhD in atmospheric science, connect with Laning’s students over Google Meet, a multi-user version of the video conferencing platform Google Hangouts. “Luckily for us, he agreed to do it,” Samples says of the presentation, which happened last Wednesday morning, appropriately enough as a winter storm was headed for Verona. “Mike was able to control a slideshow which he created, while also being able to show his own face and interact with the kids.” After Town made his presentation, the third graders were able to ask him questions over Google Meet.

“He detailed many of his experiences in Antarctica and educated the kids on what a ‘day in the life’ is like there,” Samples adds. “He also discussed different methods of using paleoclimatology to give us information on climate change.” Paleoclimatology is the study of climate change over the whole history of the Earth. 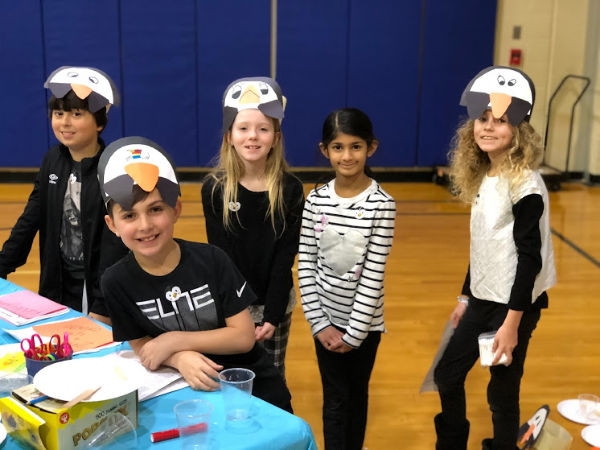 But the polar learning didn’t stop there. On Thursday, Ricci and Samples rolled out something they called “Penguin-palooza”. All of Laning’s students, from pre-K through fourth grade, joined the third graders in the school gym–renamed Antarctica for the day–for a variety of inquiry-based STEM activities about Antarctica and, of course, penguins. Students rotated through different stations, such as the “Emperor Egg Carry”, “Penguin Raft Building”, and more. In recent years, Verona has shifted its science and math curriculum for all grades to a hands-on science, technology, engineering and mathematics (STEM) program.


The week ended with Laning students in the school’s new Makerspace, working together to build something cold using various types of blocks. What got created? Everything from ice cream cones to ice hockey rinks, with a few penguins, of course.

“All in all,” says Samples, “everything went smoothly and we’re very pleased with how the week unfolded.” 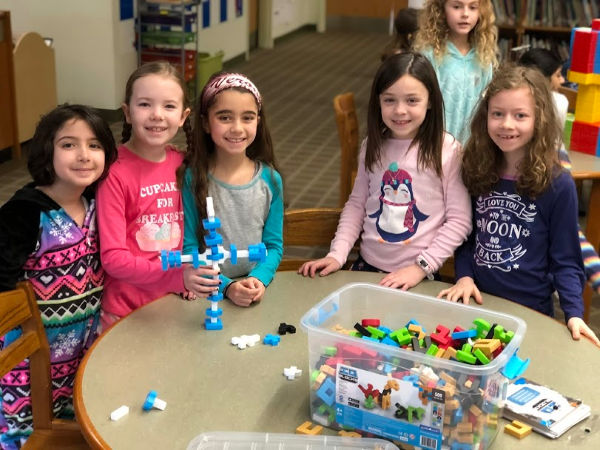