For a while there, it seemed as if Verona High School boys basketball was never going to get hold its Senior Night. Two snow cancellations later, the team finally got to send off the Class of 2019 on Thursday, February 21.

The game against Newark Collegiate Academy kicked off with congratulations to Peter Farley, Nick Giuliano, Jack Strippoli, Adam Weiss, Jake Webber and manager Chloe Conway, and quickly became a nail-biter. Verona had a two-point lead at the end of the first, which the charter school chiseled down to a single point by the half. 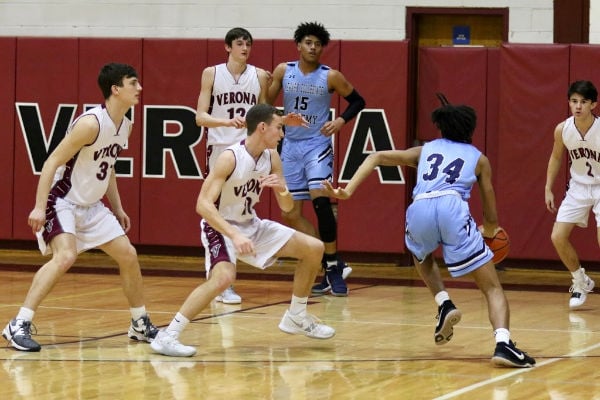 Newark Collegiate fired out 20 points in the third, which gave them a six-point lead over the Hillbillies. And then it was Verona’s time to turn the tables. The Hillbillies piled on enough points to almost entirely close the gap. 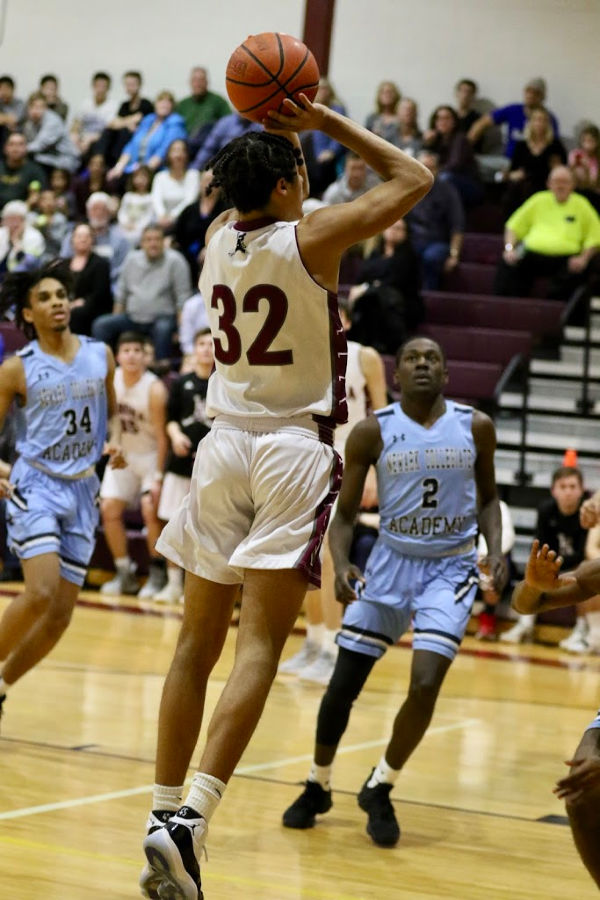 Nick Gonzalez is still a junior, but he definitely played up a grade as the seconds ticked away, firing off a three to give Verona the win, 51-49. Gonzalez also led the scoring for Verona, with 10 points, followed by Jake McConnachie with 8 and Nick Giuliano and Pierce Coppola tied at seven apiece. Jahmere Glover was the high scorer for NCA with 20. 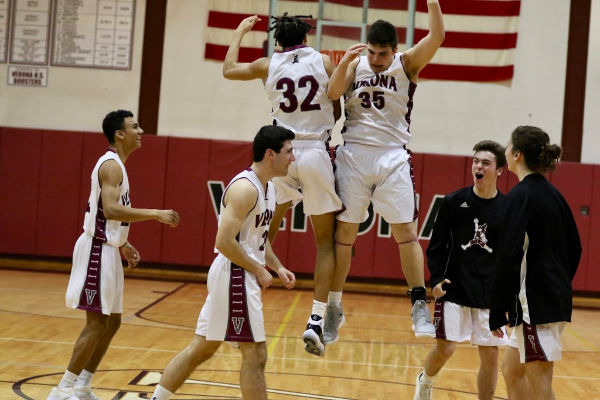 The win boosts Verona’s record to 15-9 on the season. The boys will square off against Rutherford on Monday night, February 25, in the NJSIAA North 2, Group 2 tournament. Verona is the No. 9 seed to Rutherford’s No. 8, so the game will be played in Rutherford, at 7 p.m. VHS’s girls basketball team is the No. 7 seed in its bracket, and will host Fort Lee at 4 p.m. on Monday.