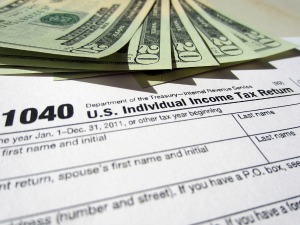 The New Jersey state Senate plans to vote Thursday on legislation requiring all candidates for president or vice president of the United States to release their tax returns in order to appear on the ballot in New Jersey. Sen. Joe Pennacchio (R-26), the state senator who represents the district that includes Verona, announced today that he will attempt to amend the bill on the floor, so that it applies to all state Senate and General Assembly candidates as well.

“New Jersey Democrats are claiming that this legislation is about transparency, well what’s good for the goose is what’s good for the gander,” Senator Pennacchio said. “If this really is about making sure voters are well-informed, then commonsense dictates that S-119 should apply to all of us as well. I would vote ‘yes’ if the Senate accepts my proposal to change the bill so that it also applies to all 120 State legislative offices.”

“We shouldn’t spend our time practicing political theater. The issue of requiring the disclosure of tax returns should apply broadly to candidates around the country. We shouldn’t pick and choose the parameters of who can run who can’t. That sets a bad precedent and goes against our constitutional rights to free expression, and the right to run for office,” Pennacchio added.

The bill, which is up for a vote in the full Senate tomorrow, February 21, also expressly prohibits New Jersey’s Electoral College electors from voting for candidates who failed to file income tax returns.