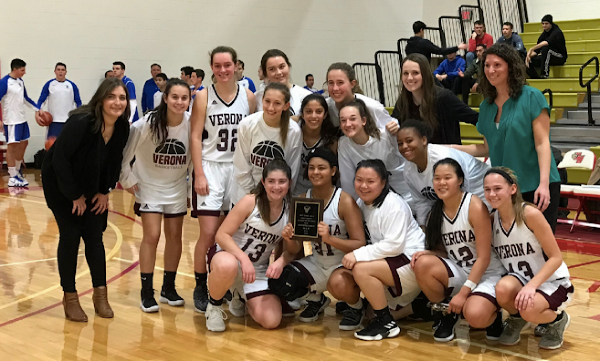 The Verona High School girls basketball team took home its first trophy plaque of the season, capturing the West Essex Tournament on Saturday. The Hillbilly boys, who went into the holiday tournament undefeated, came away with two losses.

The girls got off to a strong start on Friday by defeating Cedar Grove 39-28 in the first round at Caldwell University. Melanie Naeris, a sophomore, led the scoring with 16 points, while senior Desiree Meyer and sophomore Nia Chesney had two three-pointers apiece. Kylee Gallagher is back for her junior year on the Verona squad, and she and freshman newcomer Lauren Kobernick had four rebounds apiece.

On Saturday, the Verona girls moved on to face Caldwell, forcing the game into overtime after a dramatic Gallagher basket at the buzzer tied up play at 28-28. In OT, Meyer topped her three-pointer performance of the first round, putting Verona ahead 31-28 with 1:31 to play. That sparked a Hillbilly rally that fueled a 36-32 Verona win. Senior Brianna Horton led the scoring for Verona with 18 points and was named the tournament MVP. The girls will travel to Gold Och Academy on Thursday for their first game of 2019. 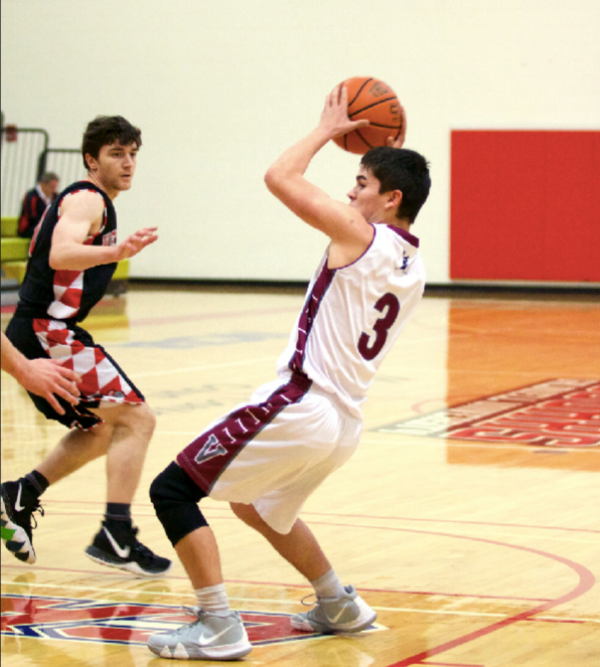 The Hillbilly boys, who were undefeated going into the tournament, faced equally undefeated Caldwell in the opening round, but the Chiefs came away with a 50-42 win. Kyle Malanga, a sophomore, led the scoring for Verona with 16 points and with junior Nicholas Gonzalez was close behind with 11 points.

Verona moved on to a consolation game against West Essex, and the Hillbillies were leading the Knights 21-16 at the half. But West Essex erased the deficit in the third period and went on to outscore Verona 44-41 for the win. Gonzalez was once again strong for the Hillbillies, leading the Verona with 12 points. He and senior Jeremy Boub had two three-pointers apiece. Verona’s next game will be hosting University on Friday, January 4, at 4 p.m. 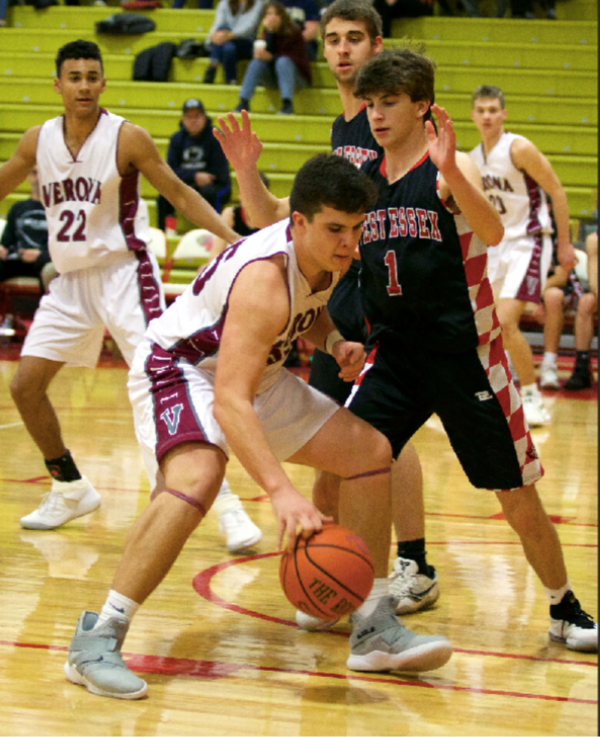 Previous article
The Best Books I Read In 2018
Next article
Veronans We Lost, 2018