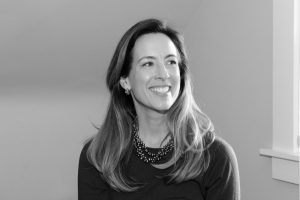 Mikie Sherrill, who was elected in November to represent the Congressional district that includes Verona, will join the Gun Violence Prevention Task Force for the 116th Congress, which begins in January. The announcement was made today by Rep. Mike Thompson (CA-05), the chairman of the task force. The Gun Violence Prevention Task Force was established after the tragedy at Sandy Hook and has grown to a membership of more than 145 members of Congress.

“As a veteran, a former federal prosecutor, and a mother of four, I am not only familiar with guns, but determined to use my voice and my background to make sure Congress takes meaningful action on gun safety,” said Member-Elect Sherrill in a prepared statement. “When more than 90 percent of Americans agree on an issue like universal background checks, there is no excuse for politicians not to find a way forward, and I am proud to join the Gun Violence Task Force to help forge that path in the new Congress.”

“Mikie is a strong and dedicated voice that I am proud to welcome to our Task Force,” said Chairman Thompson. “With her background and tenacity for this issue, I am excited to finally pass legislation that the American people have been demanding that will help keep our communities safe from gun violence.”

Member-Elect Sherrill is a U.S. Naval Academy graduate who served in the U.S. Navy as a helicopter pilot and spent nearly 10 years on active duty. She went on to serve as a federal prosecutor at the U.S. Attorney’s Office in Newark. In the Navy, Sherrill qualified as an expert shot in both the pistol and the rifle. She knows the power of these weapons, and from her experience knows automatic weapons are weapons of war that should not be available to high school kids. At the U.S. Attorney’s Office, she worked to keep illegal guns off the streets of New Jersey. She knows first-hand that states like New Jersey with good gun laws are continually undermined by states with lax gun laws. Sherrill supports universal background checks, a ban on assault weapons and bump stocks, and preventing domestic abusers and suspected terrorists from accessing guns. She has spoken out since last year against concealed carry reciprocity. She participated in the March for our Lives and the Town Hall for Our Lives in Morristown.