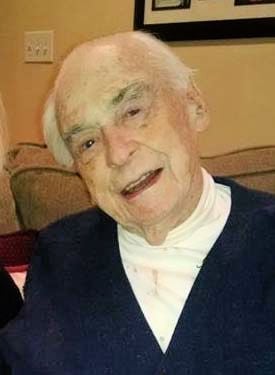 Mr. Terence J. Dean Jr. passed away peacefully, surrounded by family, on December 4, 2018, at his home in Verona. Visiting in the Prout Funeral Home, 370 Bloomfield Avenue, Verona, will be on Thursday, December 6, from 4 to 8 p.m. A funeral mass will be offered in our Lady of the Lake Church, Verona, on Friday, December 7, at 10 a.m.

Terry was predeceased by his parents, Terence J. Dean Sr. and Helen Dean; his brother, John Dean, and his sister, Margaret Hough.

Terry was born in Montclair and was raised in Verona. He graduated Verona High School in 1943 where he was a three sport athlete and a member of the 1942 State Championship golf team. In 2009 he was proudly inducted into the Verona High School Hall of Fame. Terry attended Xavier University for two years before entering the Army Air Corps. He served as a staff sergeant aerial engineer in the Central-Burma China Offensive during World War II. Terry received six medals for his distinguished service. Upon his honorable discharge he returned to Xavier to complete his education. At Xavier Terry was a member of the golf team and served as captain. He competed in the NCAA South Eastern golf championship multiple times. 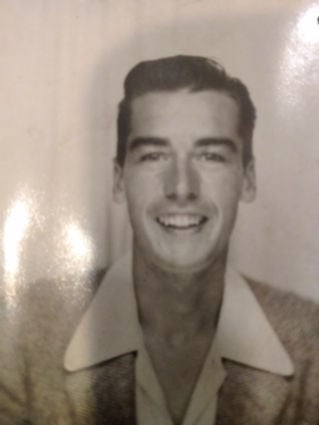 It was in Cincinnati, Ohio, that Terry met the love of his life, Wanda Quest. Two months after meeting, they married and eventually settled in Verona for 66 years. Terry was an executive with Liberty Mutual Insurance for over 40 years and achieved the Million Dollar Premium Club 10 times.

Terry was dedicated to Our Lady of the Lake Parish in Verona, where he and his wife Wanda were daily communicants. At OLL every Sunday he could be found serving as head usher of the 9 a.m. mass. He served multiple times as president of the Parish Council, co-chair of the Parish Feast, and was an altar server his entire life. As an altar server, he served every funeral at OLL until he could serve no longer at age 88.

Terry was a member of Glen Ridge Country Club where he continued his lifelong passion, golf. He won multiple tournaments during the years and was proud of his two holes in one!

Terry’s joy came from his family. He loved time spent in Bay Head each summer with his wife and family. Being on the sidelines of his grandchildren’s sporting events was one of his favorite pastimes. Terry will be lovingly remembered for his smile, dedication and devotion to his wife and loving family.