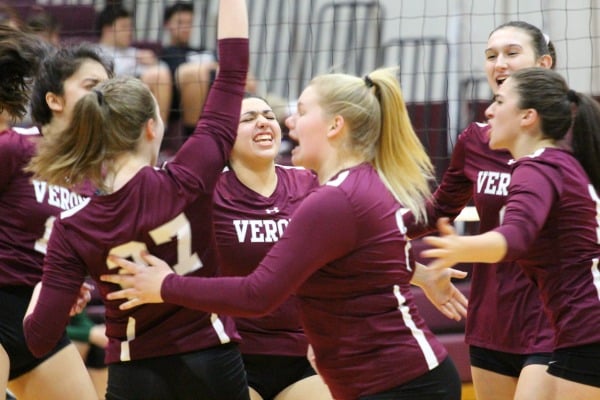 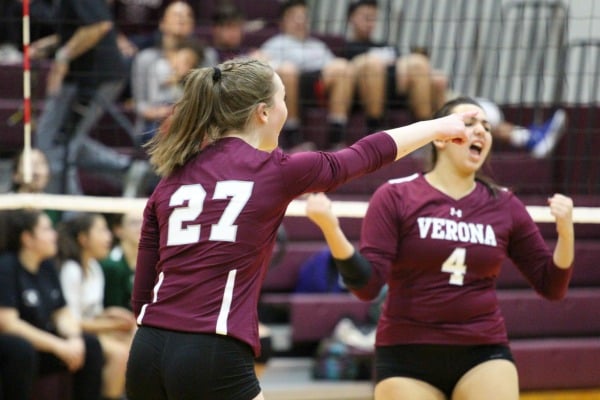 Verona’s seniors, playing in the last home game of their high school career, were standouts in the win. Hunter Coppola led the team in kills, while Nicolette Marino led in digs and Daniela Trujillo in service points, each with nine apiece. 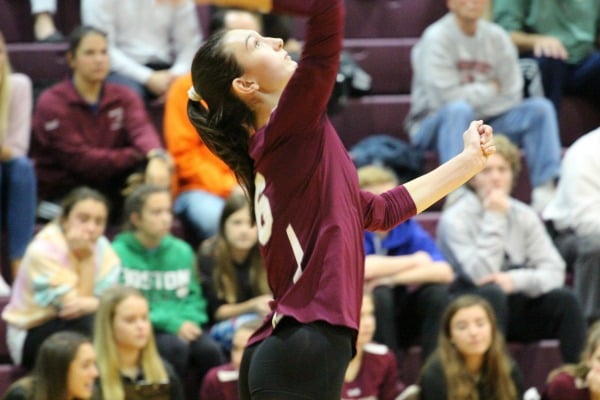 The win was particularly sweet for senior Kate Ryan, who missed playing in last year’s title game due to injury. “This game meant so much to me because I was out last year but cheering my team on every second,” she said. “This year I was able to play and it warms my heart to be a part of something like this.” 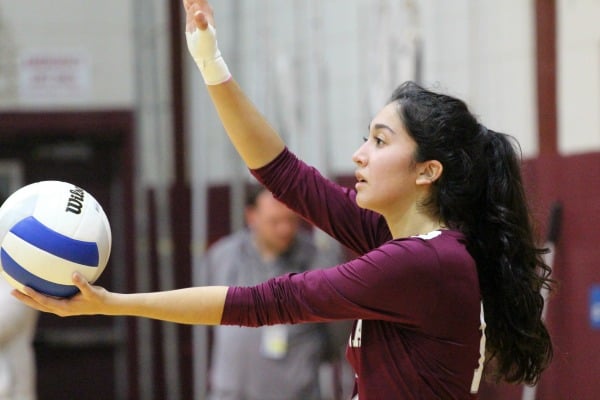 Verona Coach Sherilyn Ferrari credited her team with staying focused on the right elements to deliver the win. “The key to the win was making sure that our coverage was on point, because that’s what we started losing points on, we didn’t have anybody covering the tips and the shortfalls,” she said. “Coming together and cleaning it up and talking on the floor. Communication and being energized is what made it successful today.” 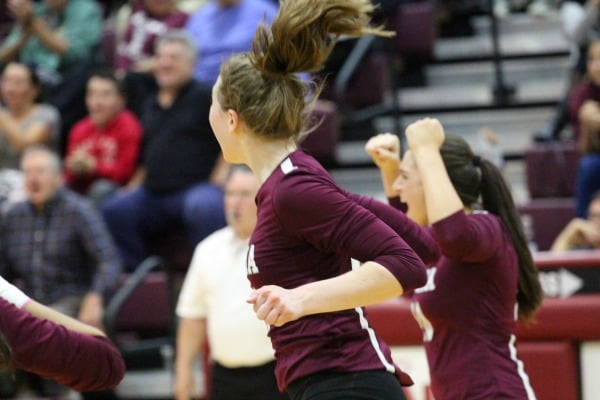 Verona now must carry that energy to William Paterson University on Saturday, where it will square off against rival Bogota High School for the Group 1 championship. Verona defeated Bogota on October 17, but the game was a nail-biter that had 27-25 first set and a 29-27 second set. Bogota, which is the #2 seed in Group 1 to Verona’s #1, got into the finals by defeating #6 Kinnelon today 25-23, 25-21. The championship match starts at WPU at noon. 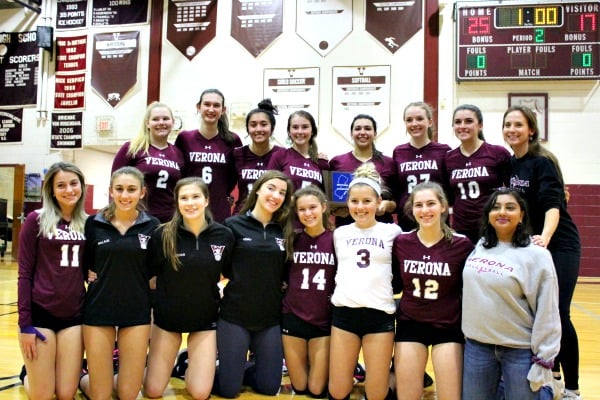