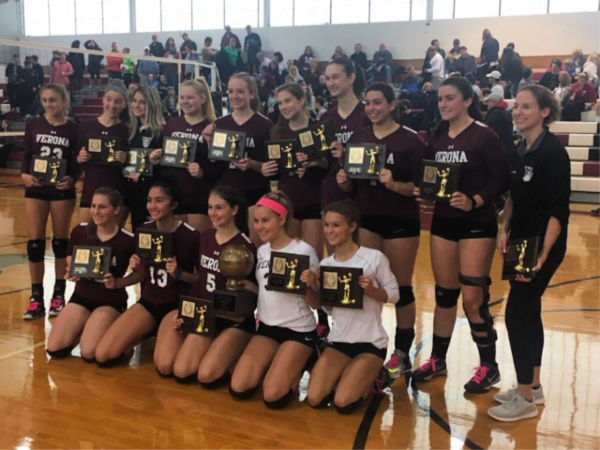 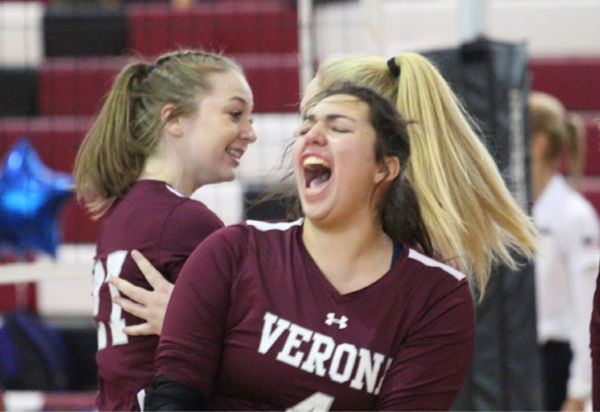 “It’s so amazing,” said senior Co-Captain Nicolette Marino after all the trophies were handed out. “We worked so hard for this. We’ve been practicing so hard.” Verona, which is now 22-3 on the season, captured the title again by sweeping through Payne Tech in the opening round, Newark Academy in the quarterfinals and Mount Saint Dominic Academy in the semis.

Saturday’s game wasn’t without a few raggy moments. Verona started strong and then gave up its lead in a string of service errors. “We had to calm it down,” Coach Sherilyn Ferrari said afterwards. 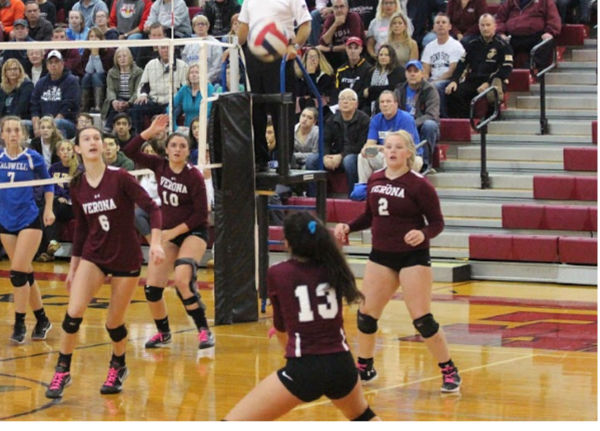 They did and came out strong for the second set. At the first time out, another of the senior co-captains, Kate Ryan, gathered the team for a pep talk. “I said, ‘we have the lead right now and we can’t let it go’,” she said. “We have to keep our energy up, we have to work together and focus on the court, and that’s what we did.”

Ferrari, a 2007 graduate of VHS who is new to Verona coaching this year, credits her team for its strength and its focus. “We had a team that was very well established before I even walked in the door. They know how to play this game.” 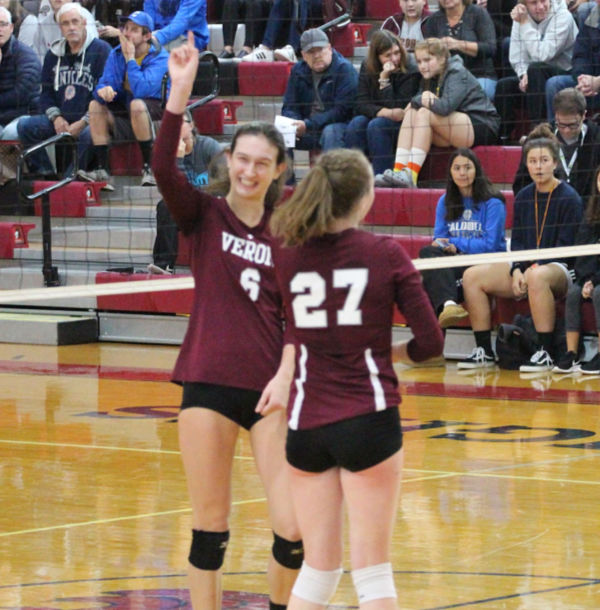 Adds Hunter Coppola, a co-captain who is neck-and-neck with fellow senior Brooke Cooney for most kills this season, “We believed in ourselves and we trusted each other.”

The team now has a few short hours to invest in even more trust. The NJSIAA state playoffs start Monday, with Verona hosting Emerson High School at VHS at 4 p.m. 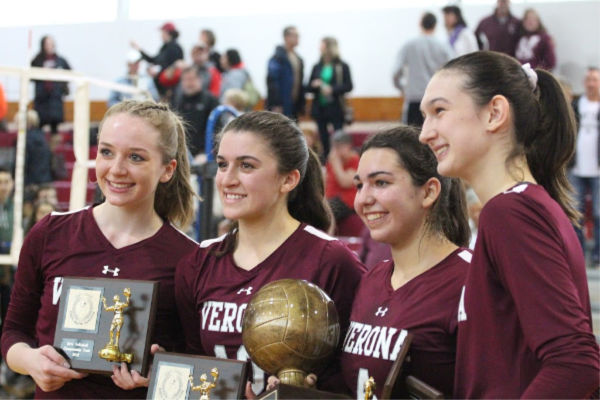 Previous articleLetter: What Sanctuary Cities Really Are
Next articleThe Week Ahead: Oct. 28-Nov. 3, 2018