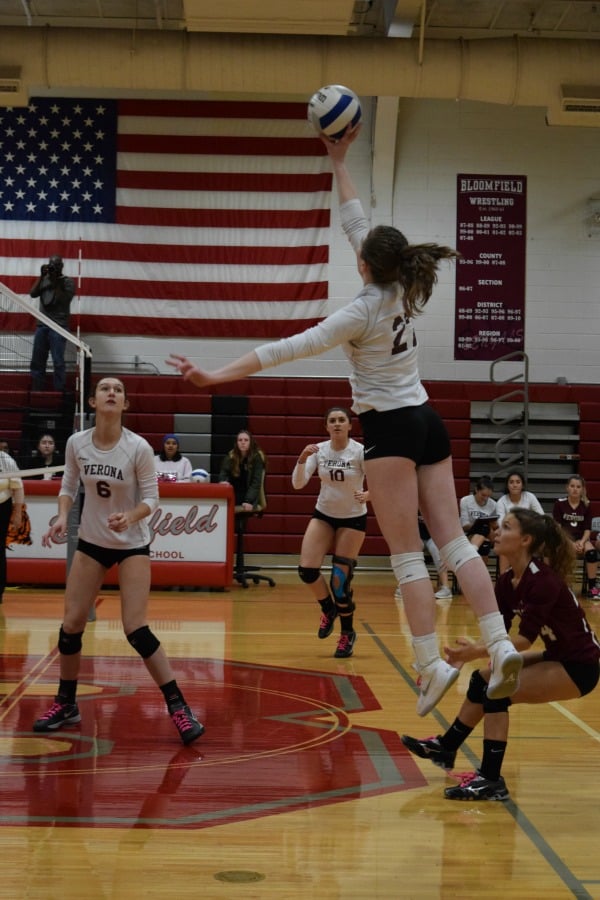 The Verona High School volleyball team squared off against Mount Saint Dominic Academy on Thursday afternoon in the semifinals of the Essex County Tournament, and it’s Verona that will be heading to the finals on Saturday.

Verona had a narrow 25-21 win in the first set, but pulled ahead in the second, 25-14. Brooke Cooney, flying high in the photo above, led Verona in service points and kills, with seven apiece, but every member of the squad made a contribution to the win. Nicolette Marino and Kate Ryan had nine digs apiece, and Kelly Waterman was credited with 27 assists. 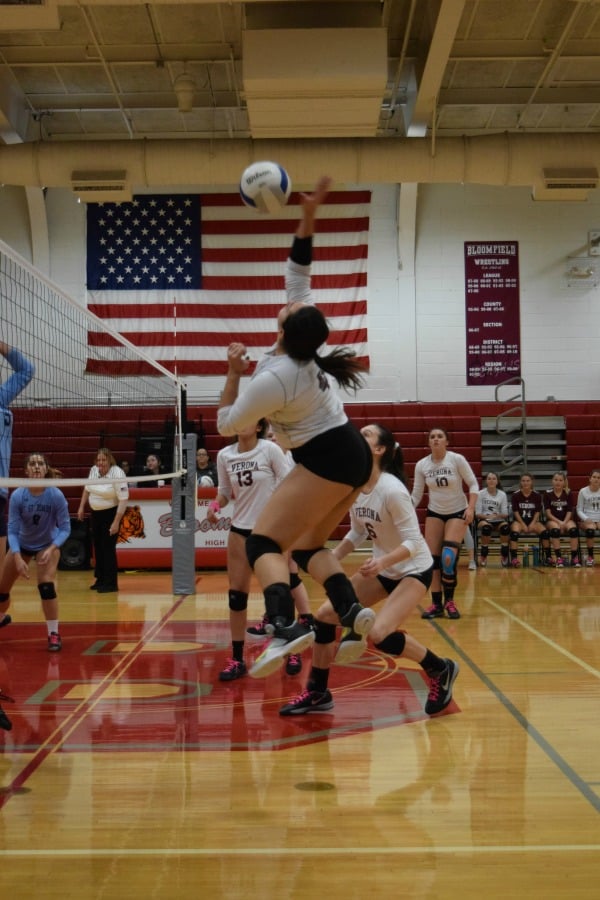 The ECT finals will pit the Lady Hillbillies against another of their big county rivals, Caldwell. Verona lost to the Chiefs in their first match up this season on September 15, but came away with a win later in September. Verona is now 21-3 on the season.

Saturday’s game will be played at West Essex High School at 1 p.m. 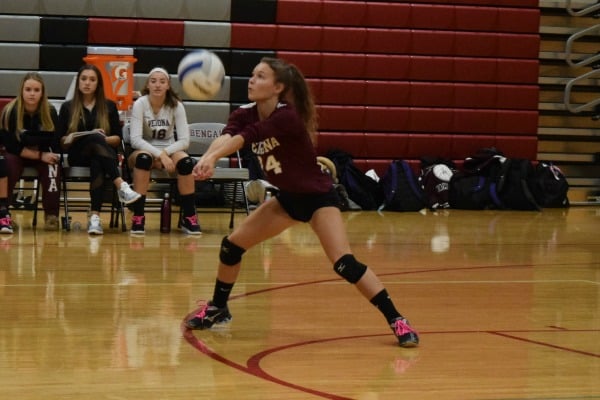