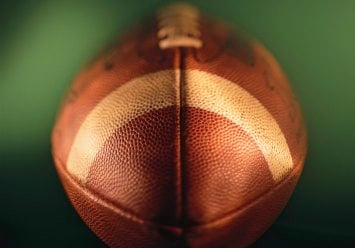 Verona High School was supposed to have played Glen Ridge on Saturday afternoon but the Nor’easter headed our way has forced a change of plans. The game will now be played in Glen Ridge on Friday at 2 p.m.

According to an email sent by VHS Principal Joshua Cogdill, weather wasn’t the only factor in the schedule change. Verona looked into moving the game to Sunday. That plan was foiled by the New Jersey State Interscholastic Athletic Association (NJSIAA), which issued a statement saying that games played on Sunday would not count towards team power points, something that could affect Verona’s playoff standing. “This means that playing the game on Sunday could be the difference between our team having a home playoff schedule or an away playoff schedule,” Cogdill wrote, “causing our team and fans to travel.”

VHS also tried moving the game to Friday night, but the game officials were unavailable.

“Making this decision came with much thought and consideration,” Cogdill added. “We were obviously concerned how this would impact the instructional school day. However, after considerable thought, and in speaking with our administrative team and Head Football Coach Batty, we felt that our players worked very hard the entire season and deserve safe playing conditions and the opportunity for a home playoff game.”

Saturday’s other big event, the marching band festival, is still up in the air. The festival, which is a major fundraiser for the Verona music program, could be brought indoors into the VHS gyms. But Cogdill said in his note that Erik Lynch, the music director, has not made that decision.