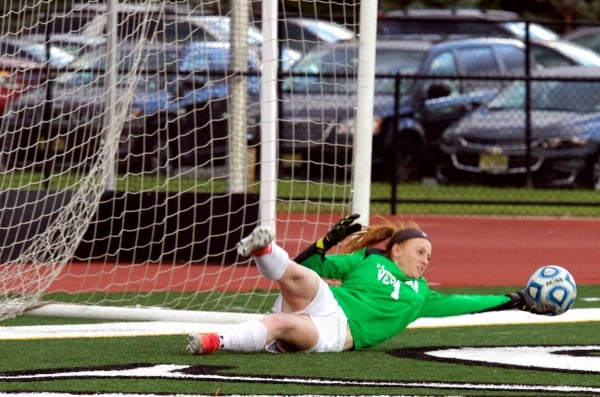 Verona High School’s girls and boys soccer teams went into the first round of the Essex County Tournament this week and, unfortunately, neither came away victorious.

The girls travelled to Livingston on Wednesday and the Lancers dominated for much of the contest. Before the first half was over, Livingston was already ahead, 3-0. The Lancers opened the second half with another goal, but Verona junior Gabi Montagna (below) did not give up. With 15 minutes left to play in the half, she shot one past the goalie from 25 yards out, making the score 4-1. Colleen Whelan played in goal for Verona and had 10 saves to her credit. 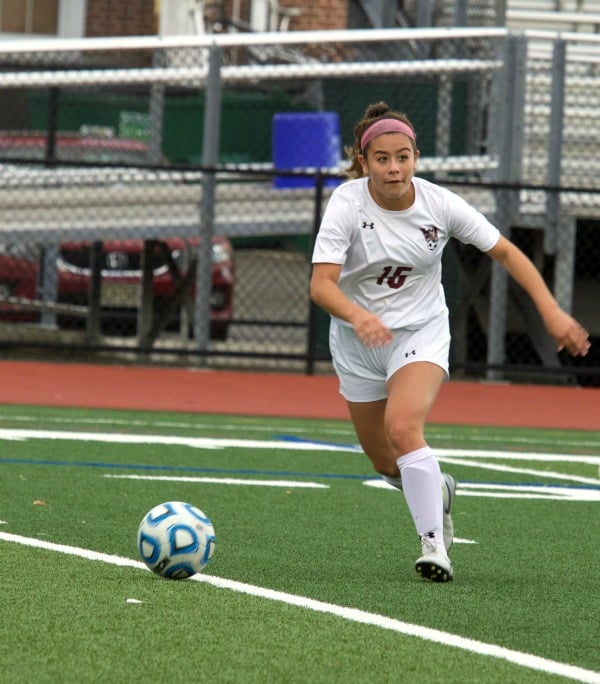 Verona’s boys team went up against West Orange, a team that had dealt the Hillbillies a 5-0 defeat last week. But Verona, the No. 13 seed in the tournament, made this game tough climbing for the 4th-seeded Mountaineers. West Orange scored only one goal in the first half and Verona senior Christian Campos answered back with a goal in the second. The 1-1 tie in regulation plan forced the game into overtime, where, after two scoreless OT periods, West Orange won on penalty kicks, 4-2.