Football Gets Its Mojo Back 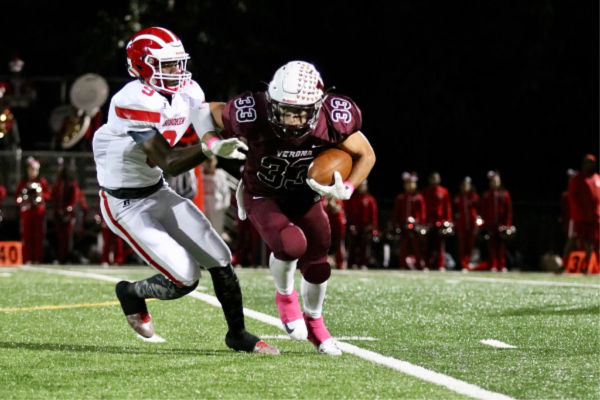 The Verona High School football team put back-to-back losses behind it and delivered a resounding 42-19 victory over Hoboken last night at home.

Verona got on the scoreboard first on a pass from Cael Zebrowski to Matt Frungillo, and the Hillbillies never looked back. The game was only three minutes old when Zebrowski, struck again, delivering a 20-yarder into the hands of Jake McConnachie. 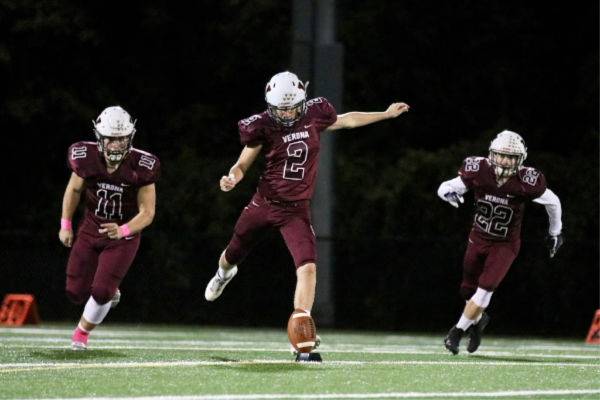 Zebrowski, a freshman, had 186 passing yards on the evening, resulting in a total of four touchdowns, including one more with Frungillo in the fourth quarter. Nick Riggio had a three-TD evening and piled on the rushing yardage: Riggio, a senior already has 751 yards to his credit this season, more than his first three years for Verona combined.

There were also some pretty deft moves from PJ Jordan. The senior picked off Hoboken’s first play from scrimmage and took the ball into the red zone. He snagged his second interception in the second quarter, and his third in the closing minutes of the game. 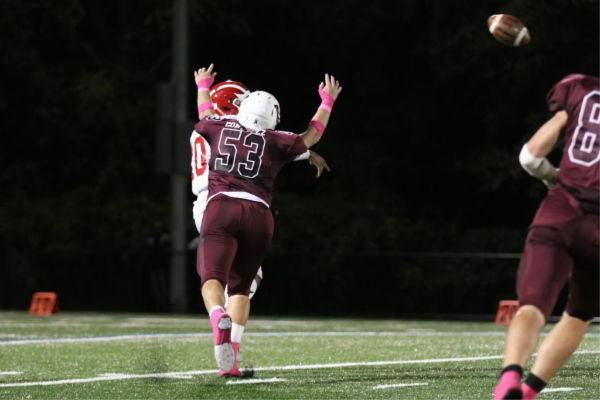 Friday’s game also included a special Verona Fire Department ceremony in memory of Michael Hayes, a former VHS player who passed away in 2017.

The win puts Verona’s record at 4-2 on the season. The Hillbillies will celebrate Senior Day with a noon-time game against Cedar Grove on Saturday, October 20. 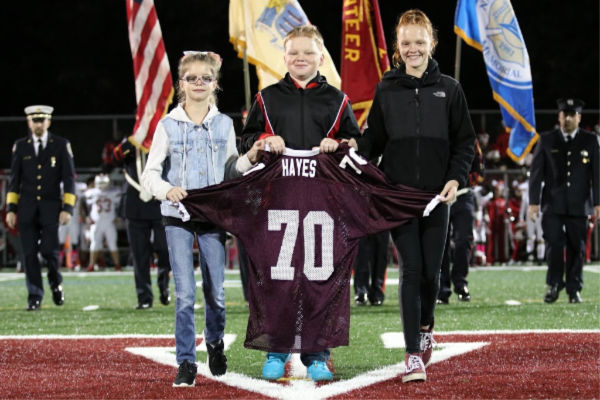