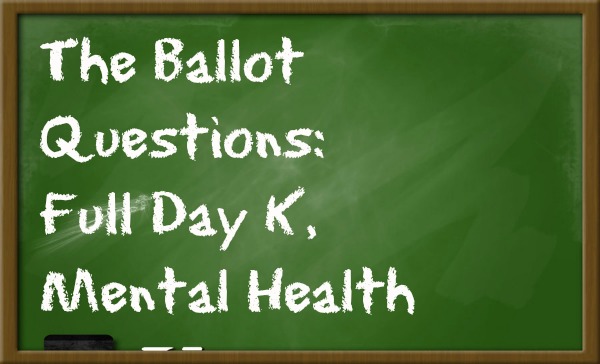 On Election Day, November 6, Verona voters will be asked to make a lot of decisions. They will vote for a new representative to Congress. They will pick two members of the Verona Board of Education. They will also be asked to consider two special “questions”, one to change Verona’s kindergarten schedule from extended day to full day, and the other to create a new framework for mental health services in our schools.

The Verona Board of Education is resorting to ballot questions because the public school district wants to make these changes but lacks the funding for them. Verona’s school budget is stretched to the limit and the state’s 2% cap on budget growth means that our spending is squeezed harder every year by rising costs and growing enrollment.

A ballot question is different from a referendum. In the latter, voters are asked to approve money for a one-time purpose. The $13.4 million referendum approved in 2014 financed a series of improvements to the buildings and grounds of our schools.

Verona voters have said No to full-day kindergarten several times before. The last time, in 2012, the question failed by just 169 votes. The mental health initiative is new. Here’s what you need to know about the objectives and costs of each question.

Click on the arrows to advance to each question.