Girls Soccer Loses A Close One On Senior Day 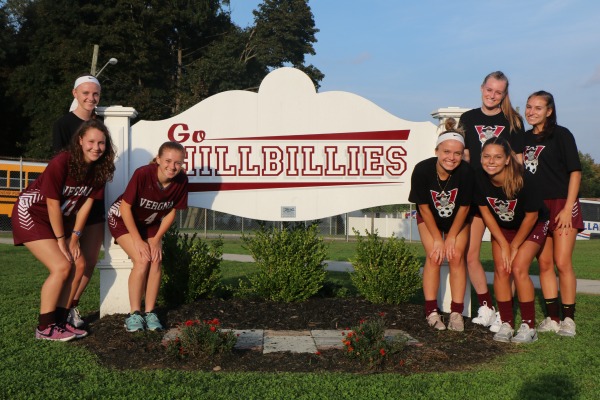 Sarah Carlucci and Cayla Okafor scored but the Verona High School girls soccer team needed at least one more in the net to make its Senior Day game a success on Monday. The game went 3-2 to Millburn.

Carlucci is one of nine seniors who play for this year’s varsity and JV teams: Laura Bedoya, Julia Burke, Maria Gabriele, Lara Tole, Ally Madigan, Rachel and Rebecca Seubert, and Colleen Whelan all joined her in being honored at the game. 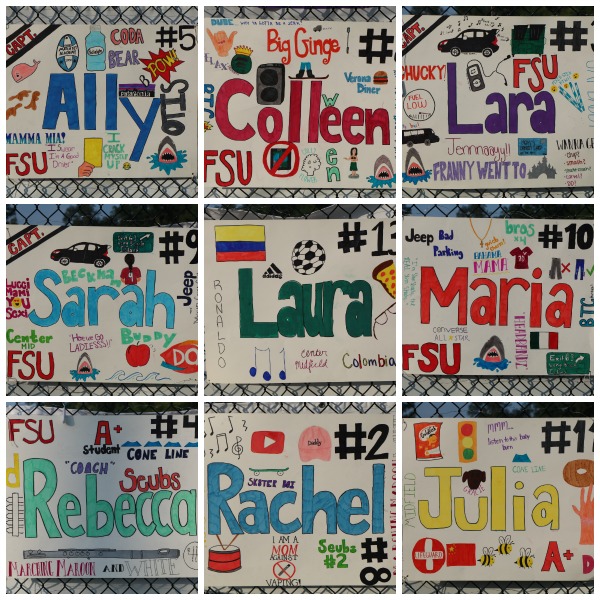 Verona was scoreless in the first half of the game, as Millburn put two goals into the net. But when play resumed in the second half, Carlucci fired one into the Millers’ net from 20 yards out, much to the delight of her teammates.

Millburn answered back with a third goal, but Verona wasn’t done. Cayla Okafor, one of Verona’s rising underclassmen, scored the Lady Hillbillies’ second goal off an indirect kick by running towards the goal from the backfield and heading the ball into the net. Whelan was in goal for Verona and was credited with eight saves. 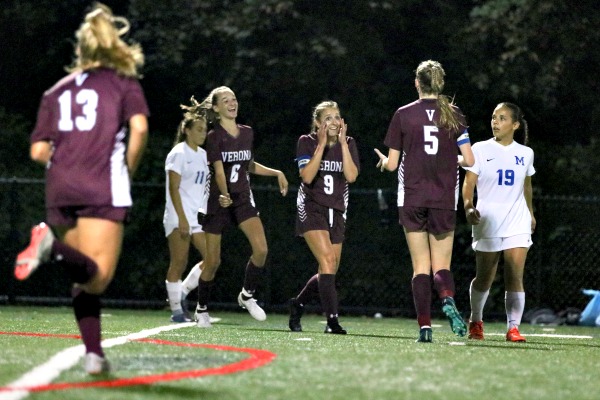