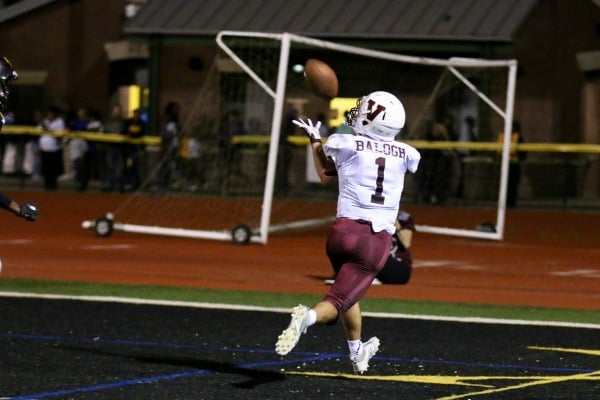 The football teams of Verona High School and Malcolm X. Shabazz High School were each undefeated going into last night’s game. One of them was not going to go home that way, and it was Verona’s turn to notch a loss.

The Bulldogs got on the scoreboard first and stayed ahead all evening. By the time Nick Riggio got Verona’s first touchdown, Shabazz had a 28-7 lead. 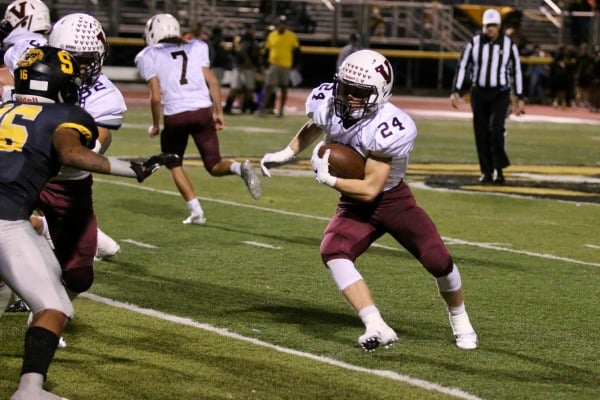 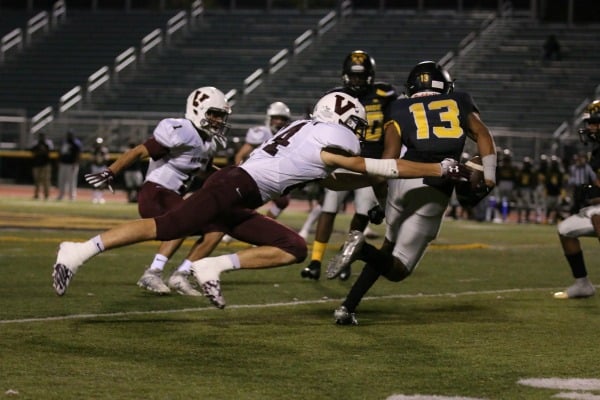 But the Hillbillies did get in some key plays. PJ Jordan forced a fumble on a Shabazz kickoff in the second quarter that was recovered by Nick Giuliano in Shabazz territory. Shortly after that,
Jake McConnachie intercepted a Bulldog pass.

Shabazz continued to pile on the points in the second half, though Verona did score once more on a pass from  Christian Dionisio to Zach Balough. The final score was 41-13 Shabazz.

Verona will play another night game in Newark next Friday, this time against Weequahic High School. 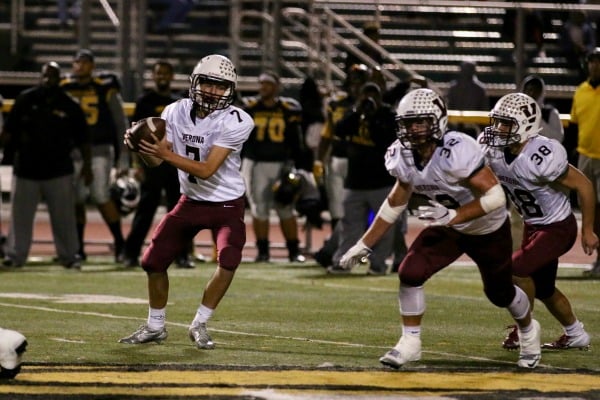 UPDATE: Cael Zebrowski was the starting quarterback for Verona, but came out in the second half. Christain Dionisio threw the second touchdown for VHS. MyVeronaNJ regrets the error.