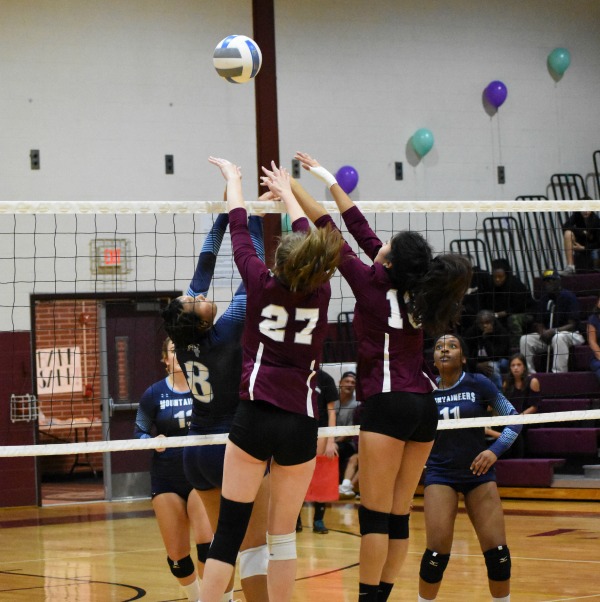 The Verona High School volleyball team defeated West Orange 2-0 last night, but the biggest challenge for either team wasn’t anywhere in the gym at VHS: The teams played their match as a fundraiser for the American Foundation for Suicide Prevention (AFSP). 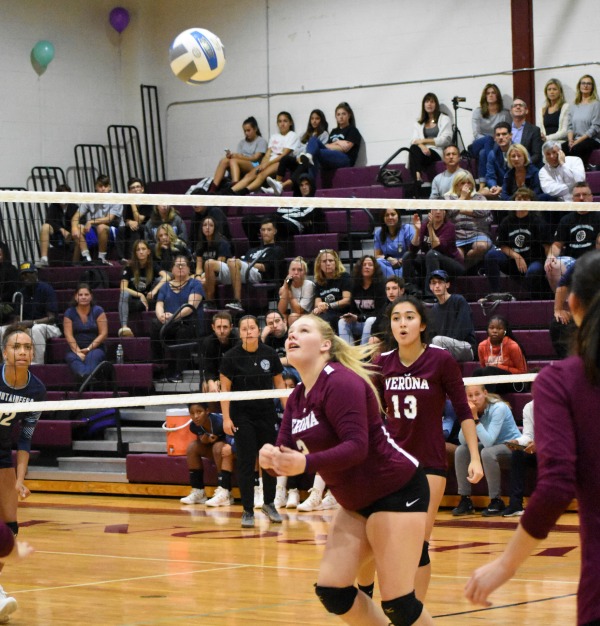 Brooke Cooney, one of the co-captains of the Hillbilly squad, lost her brother Dan to suicide last year, and her team has dedicated every game to him ever since. Last week, the team sold t-shirts at VHS with “DC20” on them–his baseball jersey number at Seton Hall Prep–to raise awareness of AFSP’s mission to reduce the number of deaths from suicide, help survivors and fund research into suicide prevention. 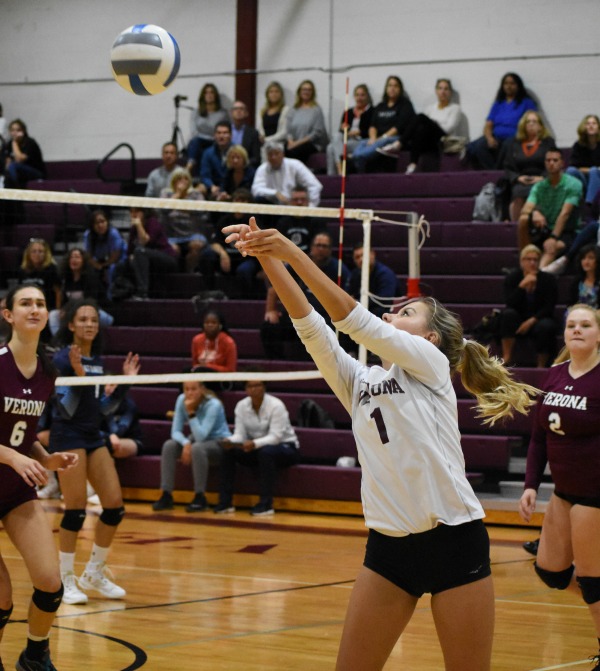 There was a large turnout from student fans at the game, and many of them wore their DC20 shirts. The student fans also included the VHS football team, which played its own game for suicide awareness on September 7.

Cooney had several key kills among the 7 she recorded in the game, as did fellow co-captain Hunter Coppola (8 kills) and Daniela Trujillo (3 kills). Kelly Waterman led Verona in service points with 7, and had 20 assists. Verona’s next game will be on Wednesday at Livingston. AFSP’s Out of the Darkness Walk takes place in Verona Park on Sunday, October 14, from 1:30 to 5 p.m. 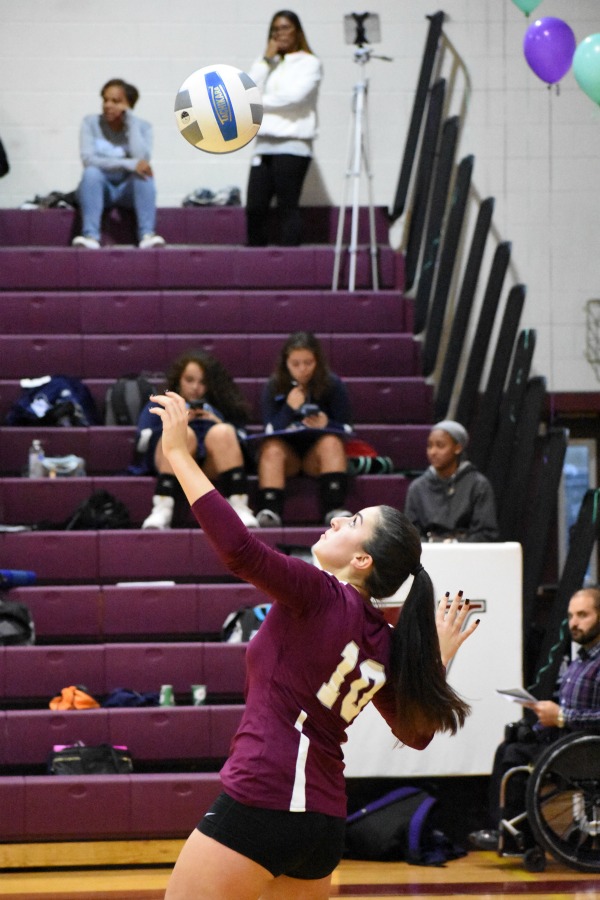