Volleyball Bests Livingston As Tennis Gets Some Wins 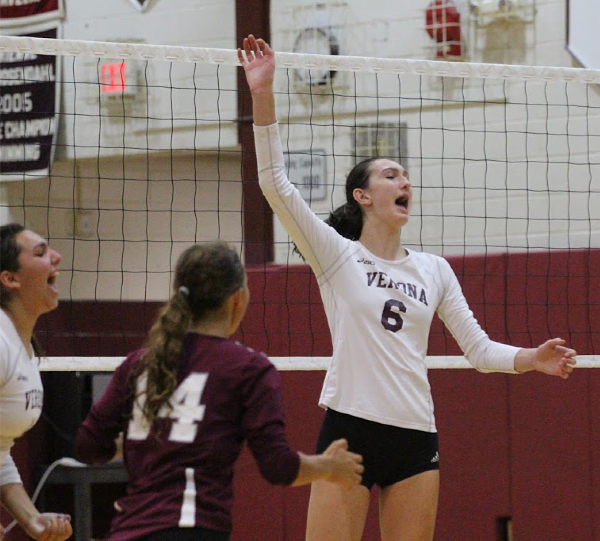 The Verona High School volleyball team swept its season opener against Livingston yesterday, with a 25-13 first set and 25-14 second. The match was the team’s first under new Coach Sherilyn Ferrari.

Many of this year’s starters are veterans of last year’s championship team, which captured the divisional, county, sectional and Group 1 championship titles, and they were back in full form. Brooke Cooney and Nicolette Marino, both seniors, had six kills apiece in the contest, and Cooney also led the team in digs. Fellow senior and veteran Hunter Coppola was credited with seven aces. But the game was also the first varsity start for Jesse Loudon, who plays libero, a specialized defensive position.

Verona set the tone from the start of the first set, jumping out with a 7-3 lead before Livingston called a time-out. Verona kept widening its lead, however, and carried the momentum right into the second set, which closed with a 14-1 Hillbilly scoring run. The team won’t be back in action until next Wednesday, September 12, when it will host Millburn at 4 p.m. 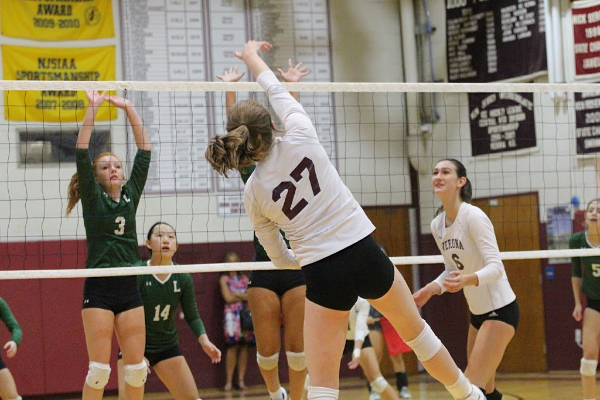 The girls tennis team was also in action yesterday, and came up just one set short against Nutley. Megan Forrest, at first singles for Verona, defeated Priyanka Jain 6-4, 6-0, while third singles Ashley Baumgard defeated Yawen Xu 6-3, 4-6, 6-1. Desiree Meyer battled at second singles, but could not overcome Nikhita Jain, finishing with a 6-2, 2-6, 6-4 score.