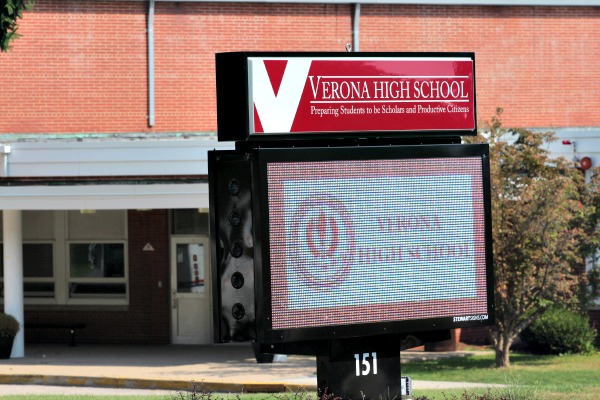 A total of 305 high schools, including six charter schools, were reviewed for the list, and the magazine used the state Department of Education’s most recent New Jersey School Performance Reports, which are for the 2016-2017 school year. An independent research firm ranked the school based on three measures that the magazine called school environment, student performance and student outcomes. School environment is essentially a measure of total Advanced Placement (AP) courses and the number of AP tests taken, while student performance measures how high students scored on AP and SAT tests. Student outcomes is based on the graduation rate.

The Jersey City magnet school McNair Academy (Dr. Ronald E. McNair Academic High School) placed first on the new list. According to the magazine, 100% of its students got at least one score of 3 or better on an AP test for the 2016-17 school year. The school had a grade 12 enrollment of 175 when the ranking was compiled and offered 28 AP classes.

Verona, by contrast, had a grade 12 enrollment of 152, a total of 23 AP classes and 66.5% of its students getting at least one score of 3 or better on an AP test. VHS scored just one place behind Glen Ridge High School on the NJ Monthly ranking and placed above Madison High School, which came in as #26. Ramsey was #33, Mahwah was #41 and Kinnelon High School was #48. All of these schools are frequently referred to as comparable to VHS in district presentations to the Verona Board of Education.  Among Verona’s comparable districts, New Providence was the highest ranked, at #9. James Caldwell High School, which is also in a comparable district, did not make the top 50 in the new NJ Monthly rankings.

Verona’s rise in the rankings would seem to reflect the increased emphasis the the district has placed on AP classes since 2011. That year, Verona eliminated the barriers to AP class enrollment and began to expand the number of AP classes offered. Just 145 AP exams were given all subjects in the 2008-2009 school year. In 2018, there were more tests than that given in just AP science subjects alone, and the VHS added both AP Psychology and AP Macroeconomics.

Verona Public Schools Superintendent Dr. Rui Dionisio sent out an email highlighting the results. “We remain steadfast in our belief that all students can achieve at a high level and maximize their individual potential,” he wrote. “To become a model school district, one that excels in every category, we must dedicate ourselves to educating the whole child. All of our success, including this recognition as one of the best high schools in New Jersey, is the result of the collective efforts of all of our staff Pre-K through grade 12. Our accomplishments are the fruits of our labor, the dedication of our staff, beginning at the elementary level, progressing through critical transition years in our middle school, and culminating in high school with the commitment and effort of our Verona High School staff. We have much to be proud of.”