The Bird That Mistook The Pool For Her Home 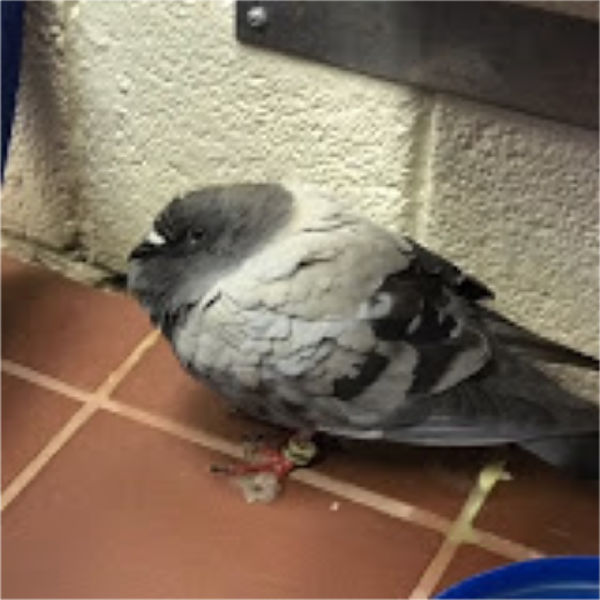 This story is for the birds. Homing pigeons to be exact. Yes, that’s a thing in northern New Jersey, where there are several clubs that specialize in long-distance bird races. On Sunday, a homing pigeon landed at the Verona Pool, leaving the lifeguards and pool staff to figure out where her home should really be.

“The bird walked, not flew, into the lobby from the snack bar area,” says Maryellen McHugh, the office manager at the pool. “When she walked into the men’s locker room, a man picked her up in his towel and brought her outside. But she came back in and sat near me quietly for more than an hour. That’s when we started trying to read the tag on her ankle.”

The Verona Pool has had WiFi for several years, and the pool crew used it to Google things like “tagged pigeon” and “lost pigeon.” They finally landed, no pun intended, on the International Federation of American Homing Pigeon Fanciers. On its home page where there were instructions on how to read the tag and a 15-page list of bird owners, which eventually led lifeguard Olivia Fisher to Wesley Wilczewski in Scotch Plains, N.J. McHugh called him, and before the pool closed for the evening the bird, which the lifeguards had named Shaniqua, was getting a ride back home. “Olivia took a real interest in finding where the bird came from,” McHugh says.

Wilczewski, who has been flying birds for 35 years and has a stable of 55 homing pigeons, has no idea how this one came to be lost. “She hooked up with the wrong flock,” he says with a chuckle, noting that there are many pigeon flyers in Clifton, Nutley and Wayne. “I have a big swimming pool in my backyard. She probably saw the Verona Pool and thought, boom, that’s my house.”

The reason that the bird didn’t budge much from McHugh’s side during her five hours at the Verona Pool wasn’t because she was injured. Wilczewski says she had been missing for two days, which is a long time for an active flyer to go without food. “She was skin and bones,” he says. McHugh says the staff got the bird to drink by putting fresh water into a Frisbee but didn’t know what to feed her.

The bird is six months old and a fairly experienced flyer, Wilczewski says. Trainers like him start flying birds when they are three months old, first over short distances and working them up to routes that can be 80 miles or more; some club races are 350 miles in length. There are three big homing pigeon races in our area, the World Trade Center Memorial, the Lyndurst Memorial and the Perth Amboy Race, says Wilczewski, whose father also flew birds in his native Poland. (For the record, you can’t really get into this hobby in Verona. A check with Town Hall reveals that, while pigeon coops are allowed under town code, the actual birds are not.)

Wilczewski says he has put Shaniqua’s name on her perch, in hopes that she won’t forget where home is in the future. “She got very skinny, but she’ll be ready to go again soon,” he says. “She was very lucky. The Verona Pool saved her life.”