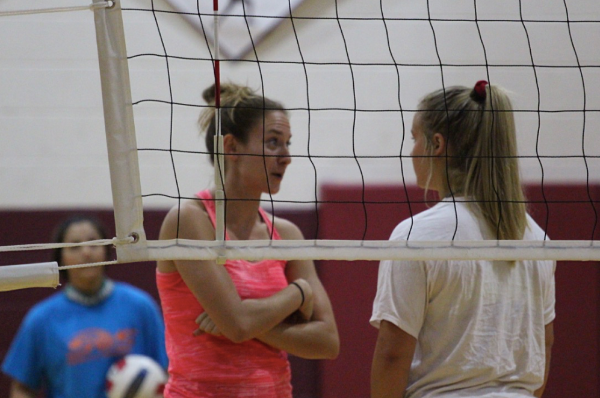 When Sherilyn Ferrari was a student at Verona High School, three sports ruled her school calendar–basketball, track and volleyball. Those sports receded a bit in importance for her in college and graduate school, but now one of them is back in a big way. Ferrari is taking over as the head volleyball coach at VHS, and she is thrilled to be back at the high school among her former coaches.

“It’s important for me to show them how much I learned from them,” Ferrari says.

Equally important: The strengths that Ferrari sees in Verona’s volleyball players now. “The sportsmanship and team camaraderie that they have is incredible,” she says. “I’ve watched them welcome new girls in during tryouts. Everybody is so respectful of each other.”

Ferrari attended Forest Avenue elementary school and H.B. Whitehorne, and graduated VHS with the class of 2007. Since 2013, she has been a volunteer with Our Lady of the Lake‘s youth ministry and has been on all of its mission trips to Appalachia, including the most recent one this month.

Academics, not sports, dominated Ferrari’s college years. She graduated from Montclair State University in 2011 with a bachelor’s in family services and received a master’s in school psychology from Seton Hall University in December. She is employed as a school psychologist in the Caldwell/West Caldwell school district, and is an assistant track and field coach at Caldwell High School.

Ferrari credits her former VHS track coach Gene Leporati with shaping much of her approach to coaching. “Coach Lep was the best coach I ever had,” she says. “Such a positive attitude. His work ethic is a big part of my coaching philosophy.”

Leporati returns the compliment with praise. “Sherilyn was an outstanding athlete, team leader and more so a wonderful young lady while at Verona High School,” he says. “She was a multitalented athlete and an integral part of all our championship success while competing on our track and field team. Her dedication and enthusiasm were infectious while serving as inspiration for her teammates.

“I have no doubt that she will be a most successful and memorable coach, along with
being a positive asset to Verona High School,” Leporati adds. “As such I wish her only the best.”

Ferrari knows that she will be leading a highly talented team. Last year, VHS volleyball captured its first-ever state championship, after an undefeated regular season that saw the team capture the divisional, county, and sectional titles too. Many of Verona’s varsity players are also standouts on the club circuit. “I know that they are very talented players and that they have been leaders on club teams,” says Ferrari. “I don’t mind having their input.”

(Ferrari was not the first candidate offered the job of coaching the 2018 team after Verona elected to not rehire Jeff Stiefbold. In April, Verona announced the selection of Ryan Brown, a former player at Wayne Valley High School and a club volleyball coach, but he was prevented from taking the job by NJSIAA rules.)

As she helps build the new VHS volleyball season, Ferrari will be seconded by Albert Palazzo as JV volleyball coach. Palazzo, who has coached several sports, is a special education teacher who is part of HBW’s sixth grade team. “I’m very happy to be coaching with him,” Ferrari says.

“I feel that the girls are really excited to play.” Ferrari says. “They believe that both teams will be successful.” 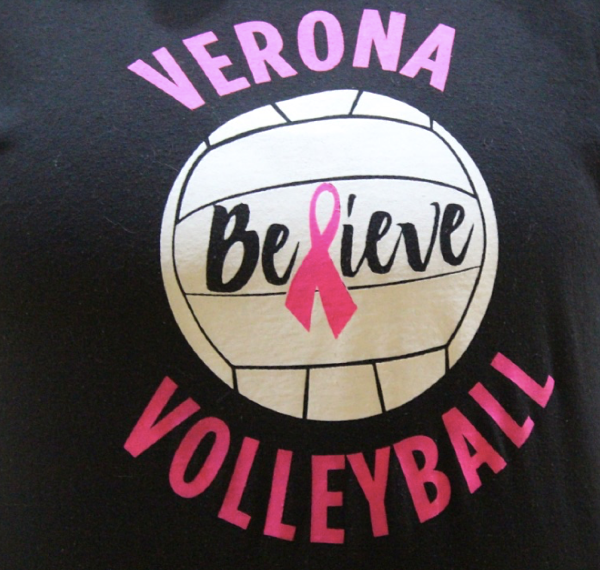