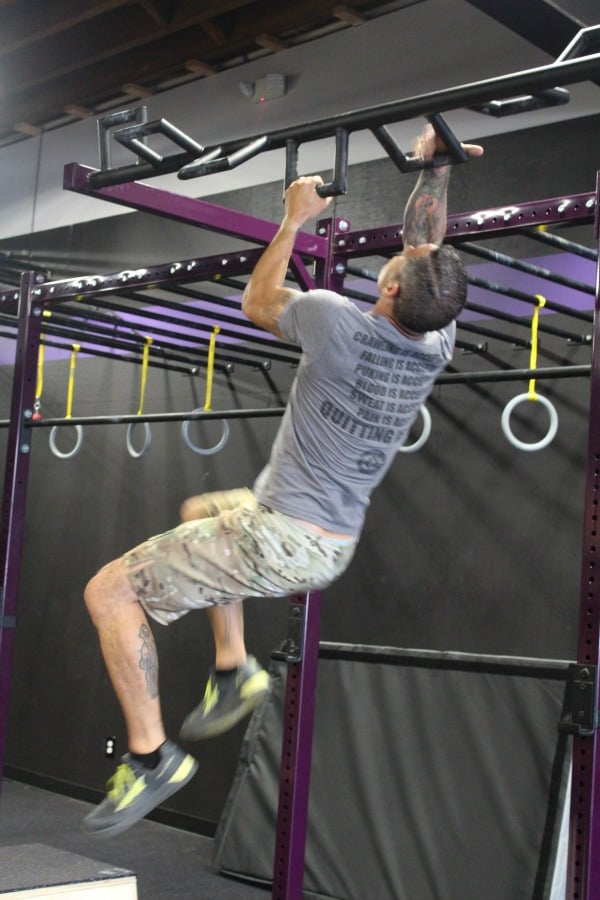 The beds, bureaus, grills and washing machines have been moved out of what used to be Parkview Furniture and Appliances. In their place is a towering, curved climbing wall with no handholds or footholds, and a 75-foot long rig that looks like it belongs in a physical challenge show on TV. Welcome to Mud Sweat Tears, the newest business to open in Verona.

Mud Sweat Tears, which opened on July 12, is a fitness business with a twist. It promises to get you not just to your ripped and buff fitness goals, but to get you fit enough to compete in one of those obstacle course races that have people crawling through cold mud while dodging live electrical wires. Yes, that’s a thing, and it’s one of the fastest growing segments of amateur athletic competitions worldwide.

Francis Gennarelli, the owner of Mud Sweat Tears, is a veteran of many obstacle course races, including the Spartan Ultra World Championship, which involves tackling more than 60 obstacles over 30 miles in Iceland in the dark in December. And he smiles when he recalls it. “I’ve qualified again for this year,” he says. 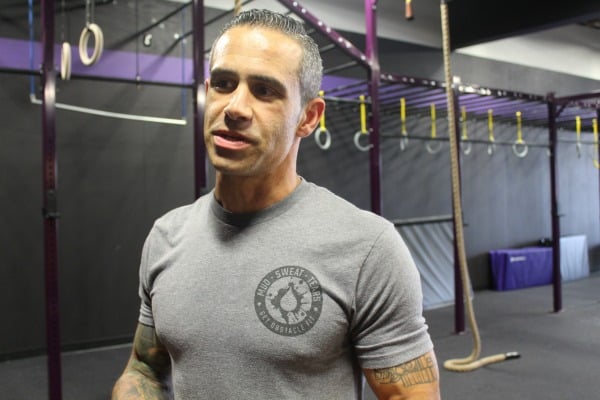 Gennarelli’s team at Mud Sweat Tears can train you to do the same, down to race-specific strategizing on training, hydration and nutrition. “We give you options so you don’t bonk,” he says. But if an ultra-endurance race is not your immediate goal, Gennarelli wants you to know that that’s OK too. “We want you to have a fitter lifestyle whatever that is,” he adds.

In fact, before Mud Sweat Tears trainees can even touch a barbell, they must go through a six-week program that establishes their starting fitness level. The high-intensity workouts vary by day, and participants are paired with what Gennarelli calls an “accountability” coach to hold them to their nutrition and fitness goals.

Gennarelli happened on the 6,000-square-foot Bloomfield Avenue location almost by chance. “My wife found the listing,” Gennarelli said. “When I saw that it was near Verona Park, I fell in love.” He hopes, down the road, to offer a high-intensity workout in the park, perhaps as event to gather food for local food pantries: Participants would have to go through all the stations carrying a backpack full of food to be donated.

Another benefit to his location is a landlord that welcomes a fitness business. “The Borinos are great people,” Gennarelli says. “They have been nothing but helpful.” 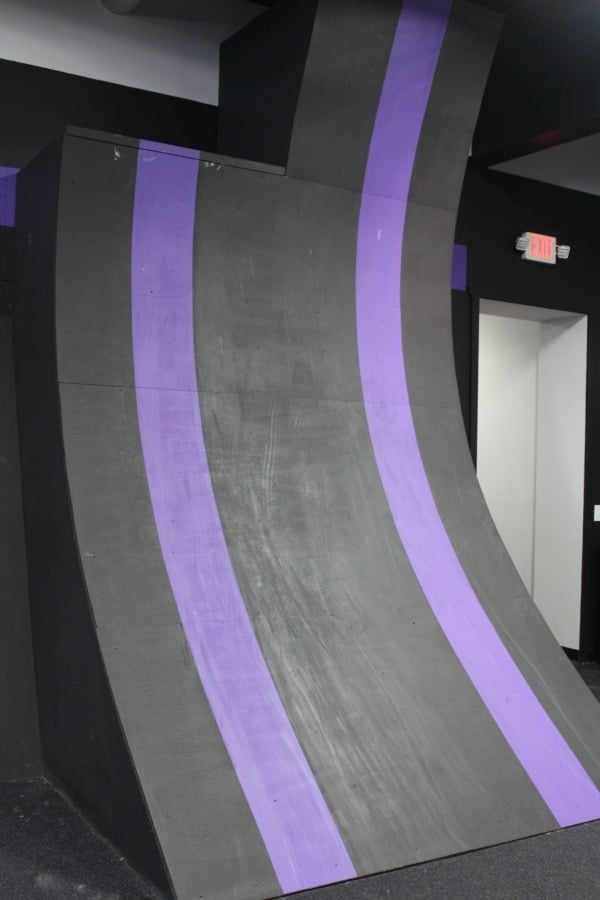 Obstacle course races have become very popular in the last few years. According to a recent story in The Atlantic, Tough Mudder has had 2 million participants in its races since 2010 and competitor Spartan has had 5 million in the same period. (Gennarelli is an accredited Spartan SGX coach.) Spartan’s founder says frequently that he believes obstacle course races are gaining participants because they just look like more fun than a marathon.

Speaking of fun, there are plenty of things at Mud Sweat Tears for an obstacle course athlete to enjoy. There’s a so-called warped wall with 10-foot and 14.5-foot levels; you have to run into the curve and then launch yourself to catch the wall’s upper edge. The room-long rig has an element that looks like the monkey bars in the park–until you realize that the hand grips rotate when you put any weight on them.

And if the branding on the business makes it look like a chain, know that it might be some day. The words “Station Athletics” over its name on the front of the building is a nod to two fitness businesses opened by Joe Passalaqua in Sparta; Passalaqua also opened Crossfit Roseland. “Then I joined the family,” Gennarelli says, “and opened Mud Sweat Tears.”

There are no tears about opening the business in Verona, though. “We are very lucky,” Gennarelli says, “to have found such a great location in such a friendly town.” 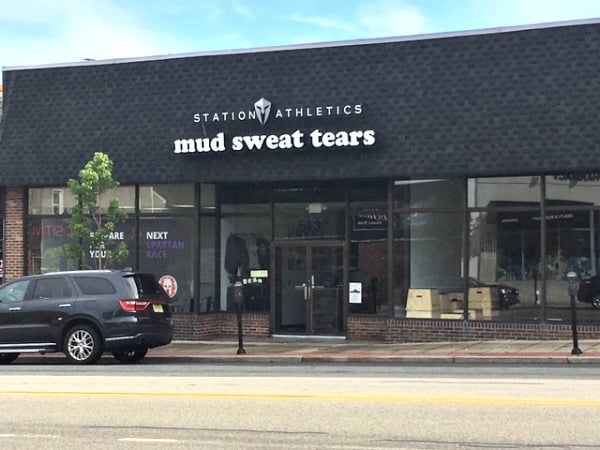