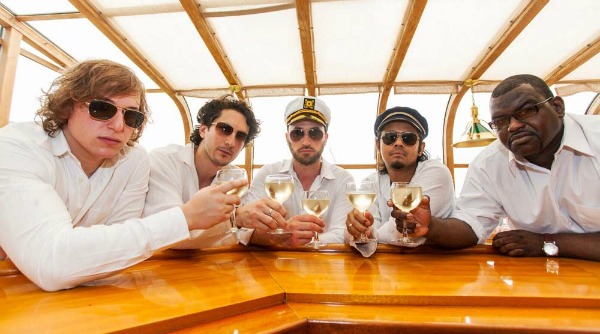 Mother Nature must not be a music fan. Today’s downpours have forced township officials to postpone the AM Gold concert that had been planned for tonight. The new date is Wednesday, August 22.

AM Gold is a tribute band that performs adult-contemporary hit songs from the late 1970s through the mid-1980s, including Hall & Oates, Steely Dan, Huey Lewis, Christopher Cross, Lionel Richie and more.

This is the second summer concert that has been delayed by the rain. The Rachel Allyn Band appearance that had been booked for July 25 was pushed back to August 15. Rachel Allyn is an Americana singer/songwriter who has opened for Kenny Rogers, Brett Eldredge, Sara Evans, Trace Adkins, Lonestar, Travis Tritt, Randy Houser, and Tyler Farr, among others.

The next scheduled concert in the summer series is next Wednesday, August 8. Alotta Colada, Verona’s home-grown Verona party band will perform at the Verona Pool, which will be open to Verona residents only. Alotta Colada styles itself as an “Island Party Band” that performs everything fro Marley to Buffet, and Jersey Shore classics to Lady Gaga.