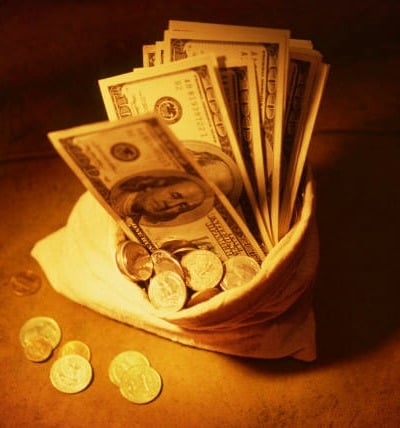 For a school district that just had to rip $160,000 out of an already tight budget, a spreadsheet from the state Department of Education that says we’re going to get almost $284,000 in additional aid sounds like good news.

It would be, if we were really getting that much.

The state’s revised school aid funding for fiscal 2019 (the 2018-2019 school year) indicates that Verona will be getting an additional $283,971, bringing our state school aid total to $1,287,737. The problem is that $110,000 of what is ostensibly new additional aid was aid that was actually given to us last year by the Christie administration. The administration of New Jersey’s new governor, Phil Murphy based its increase calculations on where Verona’s aid stood when we approved our 2017-2018 budget in April 2017, not what it was after former Gov. Chris Christie gave us a boost last summer.

The $174,000 that we will really be getting is not insignificant. The Board of Education will be discussing what we can do with the money at its next meeting on Tuesday, July 31. If it elects to give the money back to taxpayers, it would be about $34 more in the pockets of every household in town. The additional aid cannot bring back the positions that were cut for the 2018-2019 school year; that ship has sailed. But if the BOE elects to retain it, it could help fund staffing for the 2019-2020 school year. “We’ve had a really difficult year,” says Superintendent Dr. Rui Dionisio. “We want to avoid that going forward.”

The biggest key to avoiding future budget trouble lies in bringing Verona back to the state aid levels we were at before the Christie administration slashed aid during the recession. In every one of the last eight years, Verona has gotten $1.2 million per year less in promised state school aid than we should have had, and we have had to operate under cap that limits increases to 2% in most spending categories. All while the number of students in our district, and our costs, were rising.

On Tuesday, Gov. Murphy took the first steps to fully fund state school aid by signing a massive overhaul of New Jersey’s school funding formula. Thirty districts that critics of the previous funding formula say got more than their fair share of school funding will be brought back into line, losing about $650 million in state aid as the new formula is implemented. Underfunded districts like Verona will begin to get more state aid, but we won’t be back to a fully funded level until the 2024-2025 school year. The school funding law does not address so-called unfunded mandates, things that Trenton says school districts must do, but does not provide funding for, nor does it give public school districts any tools for containing the substantial increases in special education costs.

BOE President John Quattrocchi, a frequent critic of Trenton’s approach to school funding and the many unfunded mandates the state imposes, is hopeful that things will continue to move in the right direction. “In the end,” he says of this year’s aid increase, “it’s a lot closer to the million that they don’t give us that we are supposed to get.”

The Board of Education meeting will be on Tuesday, July 31, at 7 p.m. in the Learning Commons at Verona High School. It is open to the public.