Facebook
Twitter
Pinterest
WhatsApp
A group of current and former Verona High School students spent last week in Appalachia in a volunteer project through the Episcopal Church of the Holy Spirit.

For many years, Holy Spirit volunteers have worked in Appalachia through Grace House on the Mountain, a nonprofit run by the Episcopal Diocese of Southwest Virginia. Grace House focuses on rehabilitating homes in the area and advocating for the people who live there.

“I saw it as an opportunity to become more humble about what I have here,” says Chloe Mathewson, who will be a junior in VHS this fall. “It ended up being exactly that.”

Fellow junior Alena Gabbe echoed that sentiment. “It’s so different from Verona, and not just the scenery,” she said. “It was obvious that people struggle there, but they seem happy. We have so much more than they do, but sometimes people here seem sad.” 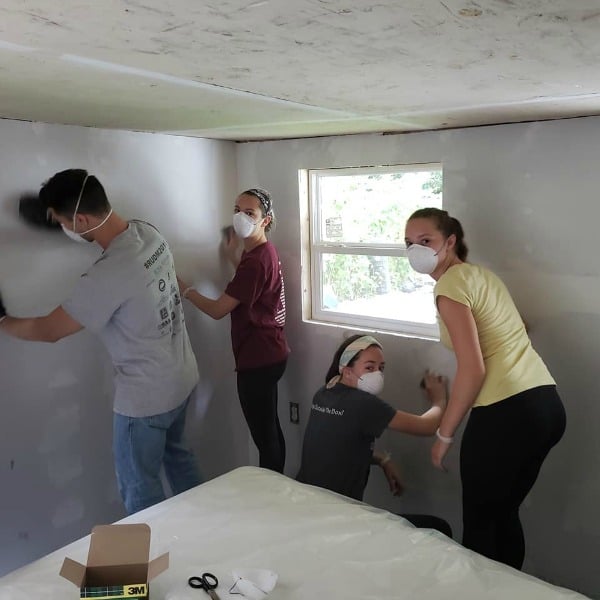 Mathewson and Gabbe were joined on the trip by Erinn McKenna (VHS ’16) and her brother Devon (VHS ’12), as well as Joanna Eliasof and Erin Smythe (both VHS ’12) and Angelica Diggs (VHS ’06). Not all are parishioners at Holy Spirit. “We did a lot of prayers,” said Gabbe, “but you can go even if you’re not part of a church at all. We want more people to come next year.” Gabbe had signed up for the mission trip after hearing an enthusiastic review by soccer teammate Sarah Carlucci, who went on the trip last year.

The Verona team, lead by Holy Spirit’s rector, the Rev. Jerry Racioppi, helped finish a room for a young boy that had been added to his grandmother’s house by a previous Grace House team, and they painted the ceiling and walls in the house’s kitchen. “It was a small job but I feel like we touched their lives,” says Mathewson. The house was in Dante, Va., which Mathewson says was once a thriving town.

“It used to have hotels and stores, now it just has a coal museum and a post office,” Mathewson says. “It seems that there’s no work there, so it is very hard for families to get out of poverty.” 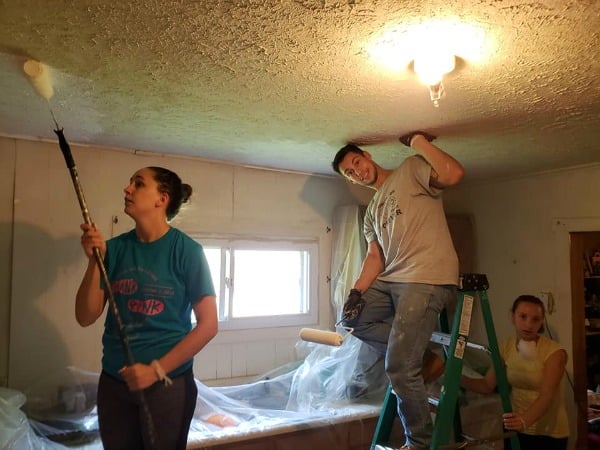 While the Verona team worked seven or eight hours a day on the house, they did have time to see a bit of the natural beauty in Appalachia, including Natural Bridge State Park. And they also made time for reflection each evening, led by Eliasof. Gabbe says that one evening, they were challenged to think about who they wanted to be in the world.

“I learned that I want to be an active citizen,” says Gabbe, “and help the community.” 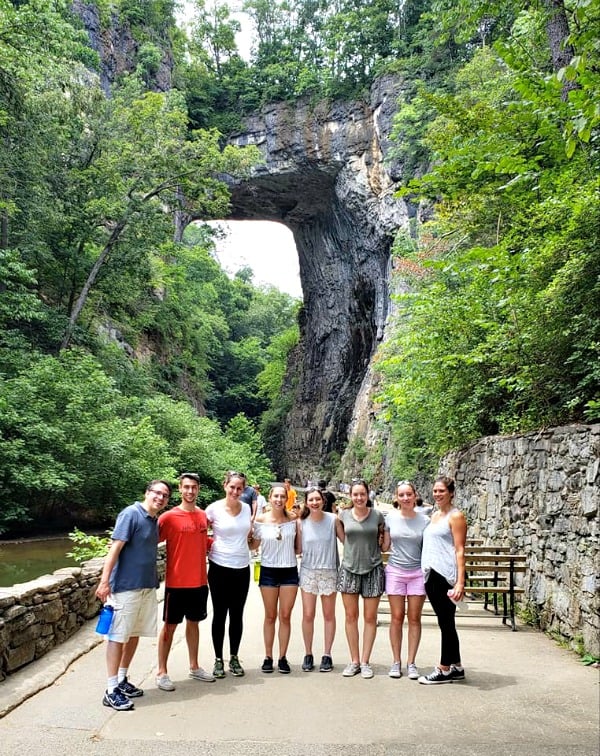