Foster Settles In To New Role At TCNJ 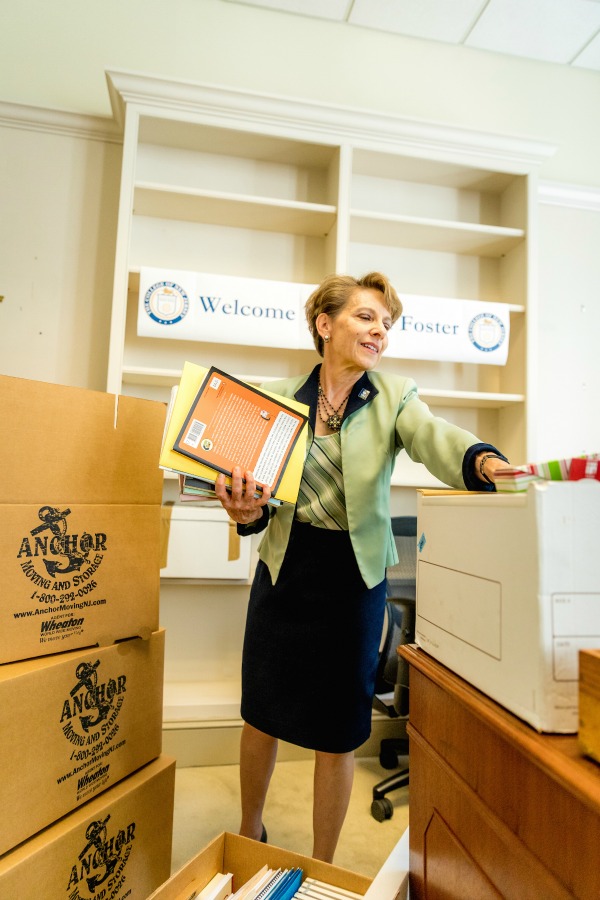 Kate Foster has had her hands full in the last two weeks. On July 1, Foster–officially Dr. Kathryn A. Foster–officially took over as the 16th president of The College of New Jersey (TCNJ). Since then, the 1975 graduate of Verona High School has been unpacking boxes, adjusting to hot New Jersey summers (she had been president of the University of Maine at Farmington since 2012), and familiarizing herself with TCNJ essentials, like Halo Farms in Trenton.

TCNJ is a favorite destination for VHS seniors. As we reported in March when we revealed Foster’s new job, roughly 20% of each year’s senior class apply to the Ewing, N.J. institution.

Foster returned to New Jersey after a wide-ranging educational career that has taken her from an undergraduate degree in geography at Johns Hopkins to a masters in city planning from the University of California at Berkeley, teaching at Cal Poly, a stint in the Peace Corps in Swaziland, and a doctorate from Princeton. Before her leadership role at UMaine, she had headed the Department of Urban and Regional Planning at the University at Buffalo and was the director of the university’s Regional Institute.

At TCNJ, Foster has also had time to stop in to the campus bookstore, but this time for fun. On her final trip for the job interview at TCNJ last winter, the airline lost her suitcase, and Foster chose to field questions dressed not in one of her signature suits, but in spirit wear instead. 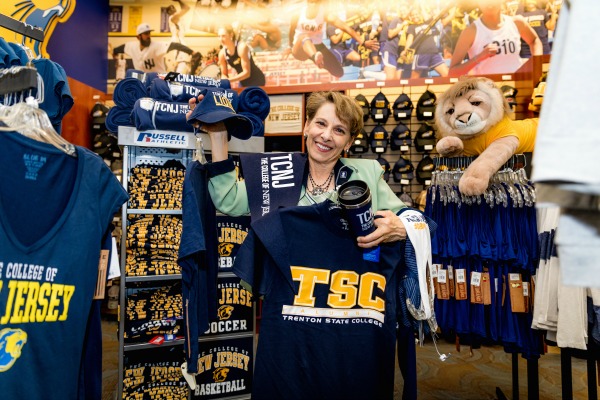