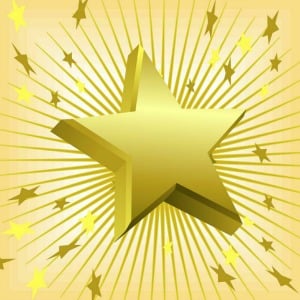 The following Verona residents received academic honors at colleges and universities during the spring 2018 semester:

Bloomsburg University: Isabella Vassallo was among more than 1,900 students named to the Spring 2018 Dean’s List. To qualify, students must earn a GPA of 3.5 or higher (based on 4.0) during the semester.

Bucknell University: Heather Smith and Jasmine Spinelli, both Class of 2019, and Jane Szybist, Class of 2018, have been named to the Dean’s List for outstanding academic achievement during the spring semester of the 2017-18 academic year. A student must earn a grade point average of 3.5 or higher on a scale of 4.0 to receive dean’s list recognition.

Gettysburg College: Amanda Benfante and Laryssa Horodysky were named to Dean’s Honor List. Students whose semester averages were 3.6 or above are placed on the list.

Ithaca College: Miranda Williams was named to the Dean’s List for the spring 2018 semester.

Muhlenberg College: Tabitha Chasse and Molly Nochimson were named to Muhlenberg College’s Dean’s List. Students with a term GPA of 3.50 or higher were recognized for their academic achievement.

Rochester Institute of Technology: Carla Bello, Ethan Connell and Jill Lanese were named to the Dean’s List. Degree-seeking undergraduate students are eligible for the list if their term GPA is greater than or equal to 3.400; they do not have any grades of “Incomplete”, “D” or “F”; and they have registered for, and completed, at least 12 credit hours. Lanese is in the biomedical sciences program; Bello and Connell are in the film and animation program.

Saint Francis University: Taylor Reed and Luke Weiss were among the more than 800 students from Saint Francis University who made one of the Spring 2018 Provost’s or Dean’s list. To achieve either list, students must have full-time status and attain a quality point average of at least 3.8 (Provost’s) or 3.5 (Dean’s) for the given semester.

University of Delaware: Danielle Alfano, Gabrielle Ayala, Kaitlyn Deo, Amanda Flores, Daniel Messineo, Alexa Perzichilli, Alysia Vega and Meghan Yeates have been named to the University of Delaware Dean’s List for the Spring 2018 semester. To meet eligibility requirements for the Dean’s List, a student must be enrolled full-time and earn a GPA of 3.33 or above (on a 4.0 scale) for the semester.

University of Hartford: Joseph Eulie has been named to its Dean’s List for Spring 2018. The University of Hartford, centrally located in Connecticut, provides a distinctive educational experience across seven schools and colleges for one of the most diverse student bodies in New England. Chartered in 1957, Hartford has more than 5,000 undergraduates, 1,600 graduate students, and 75,000 alumni worldwide.

University of the Sciences: Nicole Farbaniec has been named to the Spring 2018 Dean’s List. Selection for this award is based on completing and passing all assigned courses with no grade below a “C” and attaining an academic average of at least 3.4 for courses taken in the spring of 2018. Farbaniec is a doctor of occupational therapy student.

University of Vermont: Giuliana Frizzi and Anna Wallace named to the University of Vermont Dean’s List. To be named to the dean’s list, students must have a grade-point average of 3.0 or better and rank in the top 20 percent of their class in their respective college or school. Frizzi was also the recipient of the June Veinott Award, which is presented to the female student who, at the end of her first year of study, shows the greatest promise of being successful in the engineering profession.

Worcester Polytechnic Institute: Madeline Burke, a member of the class of 2019 majoring in computer science, was named to the university’s Dean’s List for academic excellence for the spring 2018 semester.A total of 1,474 undergraduate students achieved the criteria required for WPI’s spring 2018 Dean’s List. The criteria for the WPI Dean’s List differs from that of most other universities as WPI does not compute a grade point average (GPA). Instead, WPI defines the Dean’s List by the amount of work completed at the A level in courses and projects.

If you know of a student who has also been recognized, please send information to [email protected]