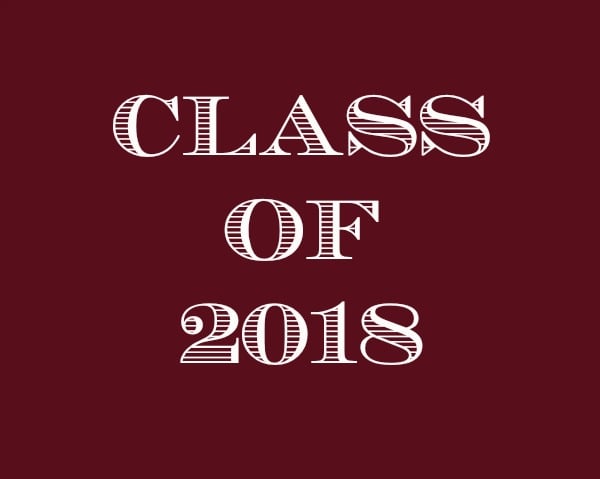 Verona High School held its 118th commencement on Tuesday, June 19, graduating a class of 157 students at the Newman Center at Caldwell University.

In their speeches to the graduating seniors, the speakers emphasized themes of sacrifice and preparedness, of gratitude, patience and inquisitiveness, to highlight what had gotten them through their school years in Verona and readied them for the world ahead.

VHS Principal Joshua Cogdill told the audience that both of his grandfathers had served in World War II, in some of the war’s toughest and deadliest battles. But what they took away from the war, he said, was not the pain it had caused, but the gratitude they felt when those around them, even enemies, showed them kindness. Cogdill, who has encourage the displays of kindness messages around the high school, asked students to not lose sight of kindness as they head into the uncertainty of the future. There was also mindfulness in the speech given by Brian Feury, the class valedictorian. “Always take pride in what you do and appreciate the moment,” he said.

Superintendent Dr. Rui Dionisio stressed the important of preparation and optimism, both of which are necessary for dealing with life’s inevitable challenges, and of making sure that the Class of 2018 always champions the truth. “Always do the right thing,” he said, even when no one is looking.” Andrew Siegelin, the class salutatorian, said he believed that his classmates had benefitted from the support of their family and community, which has prepared them for their next steps. “Our wings grew because of the roots our community established for us,” he said.

Board of Education President John Quattrocchi urged the class to remain open to new ideas and to not take criticism too harshly. “You might be the best peach on the tree, but you can still come across people who don’t like peaches,” he said. Grace Gault, the senior class president, used National Watch Day–also June 19–as a departure point for her remarks, connecting how fast the school years have gone by with the patience that her classmates will need to navigate the world ahead. “Remember that you have the time,” Gault said. “Everything takes time to get used to.” Michael Daggett, the Student Council president, asked graduates to embrace the three-part philosophy laid out by basketball great Jim Valvano after he had been weakened by cancer: laugh, think cry. “It can make each and every day a better one,” Daggett said.

The featured speaker of this year’s graduation was Erik Lynch, the director of bands at VHS, who recalled the sacrifices that his mother, a single working parent, had made for him in his early years and asked the students to think about everyone who had made sacrifices for them. “Thank everyone who sacrificed for you,” he said, “again and again and again.”

Virginia Citranohttps://myveronanj.com
Virginia Citrano grew up in Verona. She moved away to write and edit for The Wall Street Journal’s European edition, Institutional Investor, Crain’s New York Business and Forbes.com. Since returning to Verona, she has volunteered for school, civic and religious groups, served nine years on the Verona Environmental Commission and is now part of Sustainable Verona. She co-founded MyVeronaNJ in 2009. You can reach Virginia at [email protected]yveronanj.com.