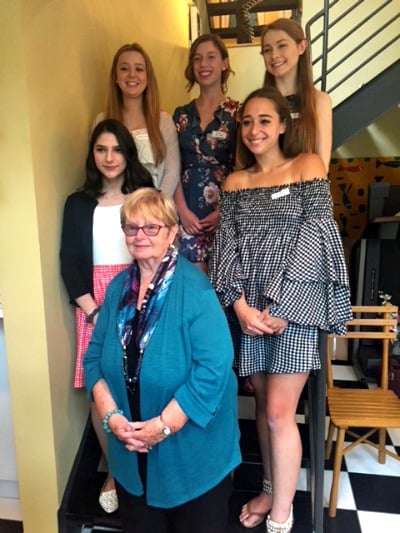 On Sunday, in the home of one of the College Women’s Club’s members, twenty $2,000 scholarships were awarded to young women from VHS, Glen Ridge High School, Montclair High School, and Cedar Grove High school.

According to Club President Barbara Ann Ellert, the group has awarded over $1.4 million since its inception. Applications for the scholarship are open to young women in the top 15% of their class; applicants are required to write an essay and be interviewed by a Club member.

- Advertisement -
Previous articleMichelle Lynn Carr, 34
Next articleWhat’s Next For VHS ’18: Engineering In Greece