Learning How To Learn Differently 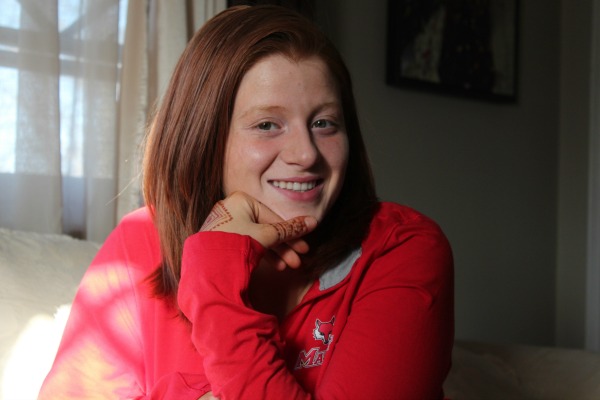 Suzie Lippolis knows that she wasn’t always a great student, or even a good one. “I had a hard time learning in the classroom,” she says. “But I learned how to focus. Now I know what I need to do to pay attention in order to do well.”

Has she ever learned: Lippolis, who did elementary and middle school in Verona’s public schools, graduated this week from DePaul Catholic High School. This fall, Lippolis heads to Marist College, where she intends to major in criminal justice, with a minor in Arabic and, for good measure, study abroad in Oman.

In Verona, Lippolis had an Individualized Education Program (IEP). Drawn up after an evaluation of a child’s learning difficulties, these plans map out a way for the child to master the school’s curriculum and can specify accommodations that should be made to help in that. In Lippolis’ case, that included an assistive listening system to help her clearly hear the teacher. But sometimes the system was placed on her desk rather than mounted unobtrusively on a nearby wall, serving only to amplify that Lippolis didn’t learn like the other kids in class.

When Lippolis decided to switch to DePaul, she asked her mom, Lisa Violante, to not disclose that she had an IEP. She wanted to approach learning differently, and do it on her own terms. After finishing her freshman year with a 3.9 GPA, she decided to take harder classes. Lippolis took honors classes in anatomy and French, and two levels of Italian. She learn about psychology and sociology. “They were classes that I never thought I could take because of what my Verona teachers used to tell me,” she says. “They said it would be hard to keep up because I had a learning disability.”

It was, but Lippolis, who was also working 30 hours a week in Montclair’s Bangz salon, worked to make it work. “I went in early all the time, and stayed after school,” she says. “I tried a lot harder because I felt that I had good people around me. The teachers at DePaul never made me feel less than anyone else because I learned differently.”

That changed the way Lippolis thought about herself, and her future. She applied for a pre-college summer program in criminal justice at Marist and, out of a field of 200 applicants, was one of only 20 selected. “They introduced me to every facet of the criminal justice system,” Lippolis says, noting that she also got three college credits for the work.

And even though she continued to do well in her classes at DePail, Lippolis asked for a new IEP evaluation in her junior year. “At first, they looked at us like we had 10 heads,” she recalls with a soft laugh. That evaluation found the same learning issues as Lippolis had had in Verona. But in her new learning environment, she had learned to focus on her strengths and be an advocate for herself.

Lippolis has a message for Verona students who learn differently. “You have to believe in yourself,” she says. “I never did that in middle school. Now I believe in myself a lot more and it helped me to get where I am.”