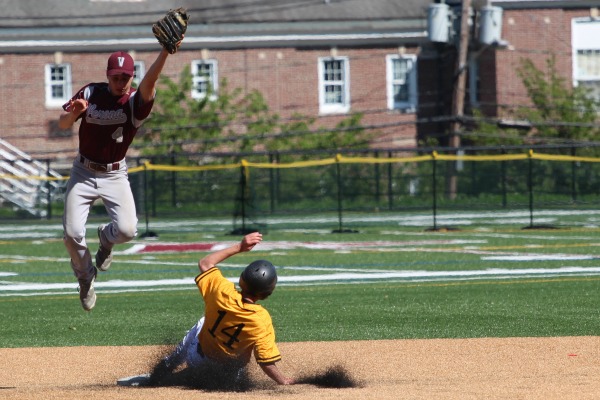 The rainy weekend shifted Verona High School baseball’s opening round in the North 2, Group 2 playoffs to Doc Goeltz field, but the home field advantage wasn’t quite enough to get the Hillbillies to the next round. Ninth-seeded VHS fell to eighth-seeded Hanover Park, 1-0.

The game was a pitchers’ duel for the first four innings, with Verona senior Ian Metzger pitted against first Hanover Park’s Trevor Smith and then his replacement, Chris Fagan. Metzger allowed just four hits on the full afternoon. 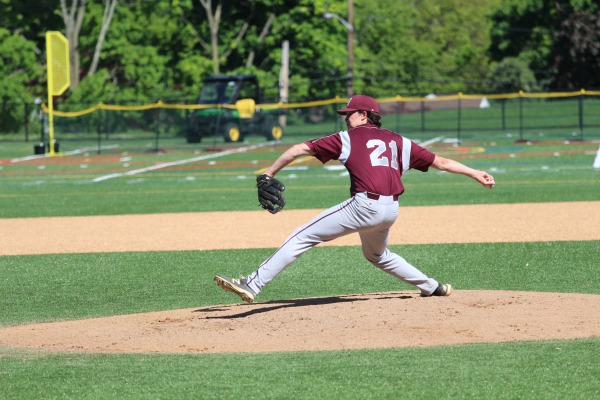 Verona threatened at the top of the second inning. (Despite the venue shift from Hanover Park to Verona, the Hillbillies retained “guest” order.) Gabe Quagliata got on base and made it to third, but could get no further.

Hanover Park came back with its own threat in the bottom of the second, but Metzger swatted the Hornets down, stranding their runner on second. Verona’s fielding was some of the strongest it has been all season, with third baseman Will Gaccione combining with Dean Ramsthaler to put the freeze on Hanover Park in the third inning.

The 0-0 deadlock was not broken until the bottom of the fifth, when Hanover Park’s Nick Belli, who had been thrown out at home earlier in the game, singled and then finally made it safely over the plate. 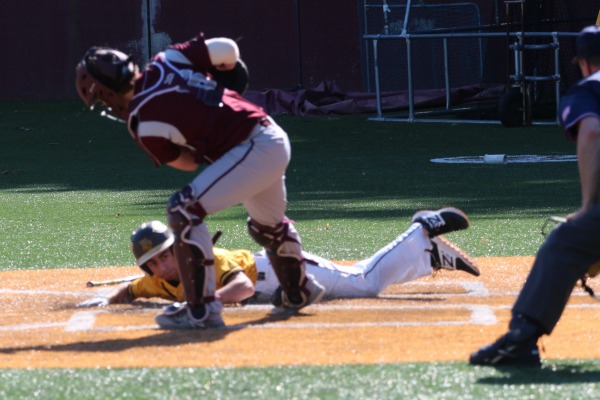 The Hillbillies were supposed to have had a game against Glen Ridge this afternoon, to make up for a rain-out earlier in the season. But with rain threatening again, that game has been moved to Wednesday afternoon.