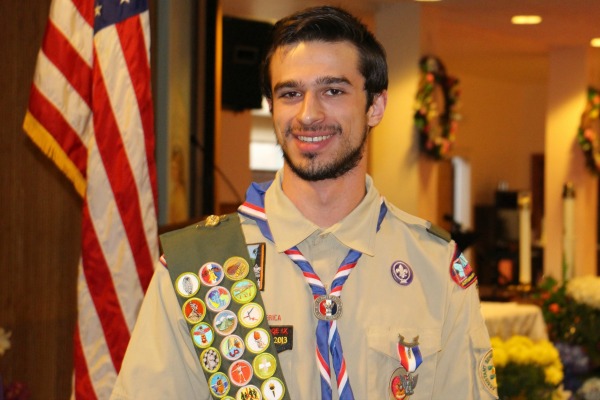 Verona High School senior Adam Kazanfer has attained the rank of Eagle Scout and was recognized last month by Verona Boy Scout Troop 2 with a Court of Honor Ceremony.

Kazanfer’s Eagle Scout Project was to build 25 wooden boardwalks for the Essex County Environmental Center in Roseland. These boardwalks are designed to keep visitors on trails, out of sections that may be muddy, contain poison ivy, and are tick habitats. He developed a plan of action that included measuring existing boardwalks, determining the type and amount of lumber and building materials needed, developing schedules for construction, painting, and placing the boardwalks on the required trails in Roseland.

Kazanfer joined scouting in first grade as a Tiger Cub in Pack 5. He earned the Arrow of Light Award and crossed over into Boy Scouts in fifth grade. Some of his favorite memories in his Scouting career include camping at Camp Glen Gray, white-water rafting trips, the West Point Camporee, being inducted into the Order of the Arrow, and Summer Camp at Camp Turrell. Kazanfer served the Troop as Assistant Senior Patrol Leader, Patrol Leader, and Scribe. 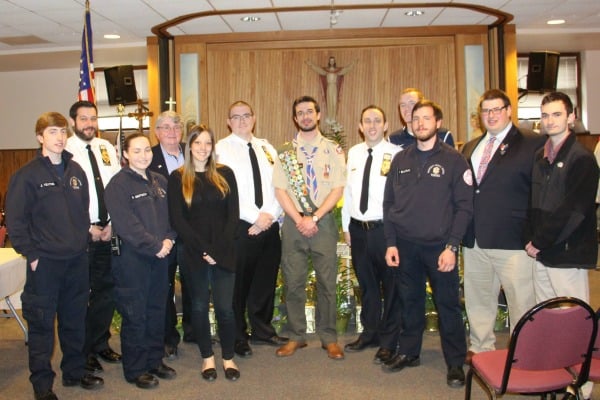 Kazanfer joined the Verona Rescue Squad as a Youth Member in the fall of 2016 and recently became state certified as an emergency medical technician. In addition to his Rescue Squad activities, Kazanfer has been a member of the Verona Auxiliary Fire Department since August of 2016. He currently is assistant foreman of the auxiliary members. 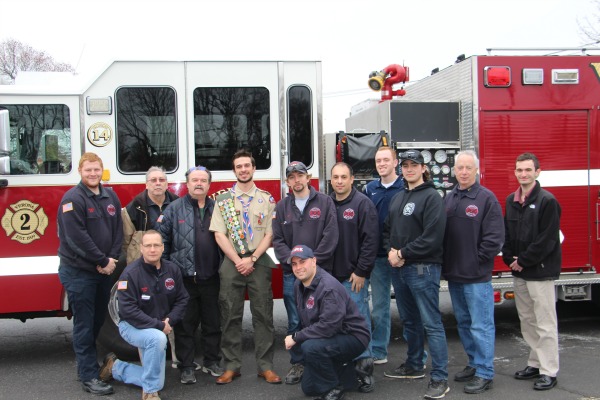 At VHS, Kazanfee has been interested and involved in many engineering and design-based courses and is a member of the Engineering Club. He is also currently enrolled in a Technology, Engineering, and Design Capstone course where he works independently with his instructor to design and complete projects. Kazanfer plans to major in
mechanical engineering at the University of New Haven.

- Advertisement -
Previous articleGirls Lax Looks Past Montclair Loss To Games Ahead
Next articleBOE Meeting: May 8, 2018 Meeting