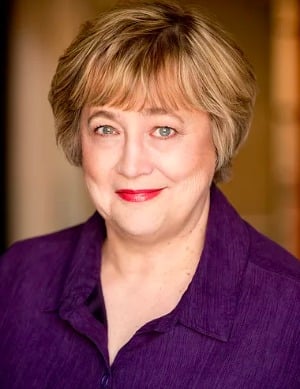 Every year, Verona High School sends a steady stream of graduates to Penn State University. But they’re not the only Veronans who have an interest in Paterno, the movie that debuts on HBO tonight. The movie looks at Penn State’s legendary football coach, Joe Paterno, after his long-time assistant coach, Jerry Sandusky, was charged with the sexual abuse of young boys in 2011.

Bobby Kruger, who graduated VHS with the class of 2003, has what he calls “a super tiny part” as a TV producer. After graduating from VHS, Kruger studied broadcast journalism at Syracuse University. The acting and directing bug bit and last March, Kruger shot a short film called in Verona In The Field.

The more pivotal role in Paterno belongs to Georgia Buchanan, who has lived in Verona since 2000. She appears as Kim Belcher, the former secretary to Penn State’s one-time vice president for business and finance, Gary Schultz. It was Belcher who revealed the existence of Schultz’s confidential file on Sandusky and, with it, what Penn State really knew about Sandusky.

Friday night was the cast and crew viewing of the movie and Buchanan discovered that four of her scenes made it into the final cut. “An actor has an experience,” she says, “but until you see what the camera picks up, you don’t know what it is or how the little scenes fit into the whole picture.”

Paterno is helping to re-boot Buchanan’s work as an actor. She built up a long list of stage and screen credits early in her career, including a recurring role on The Guiding Light. She then worked as a general manager and producer at several theater companies. When one of their casting calls ran short on actors, Buchanan read for a part and rediscovered her love of acting. “It reawakened what I started out to do so long ago,” she says. She got an agent and went back to auditioning. “There are roles for older people and I can do them,” she adds, noting that she will be in a Cricket Wireless commercial soon, too.

Paterno airs tonight, Saturday, April 7, at 8 p.m. on HBO. “Barry Levinson is a very esteemed director,” says Buchanan, “and I was so thrilled to have a chance to work with him. I had a wonderful time shooting it.”