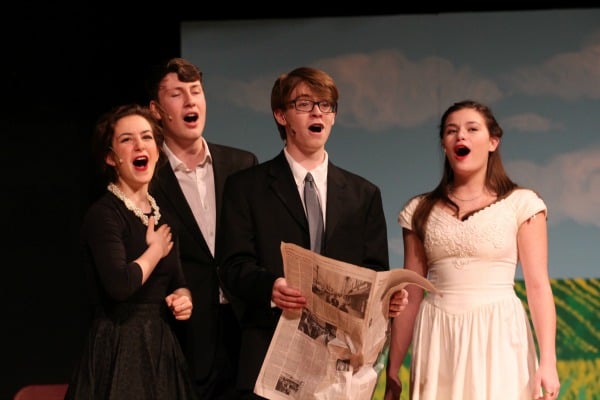 Verona High School’s Spotlight Players will be raising the curtains on Curtains, the VHS spring musical, this Thursday, March 1.

Curtains, which was nominated for a Tony award in its original Broadway version, is a send-up of all the backstage murder mysteries ever written. There’s a would-be diva who gets knocked off (Grace Gault), a scheming director (Griffin Willner), bickering song writers (Henry Noren and Rachael Weir), a brassy producer (Maya Fortgang), a dogged detective (David Karpinski) and many, many more–and any one of them might be the guilty party. 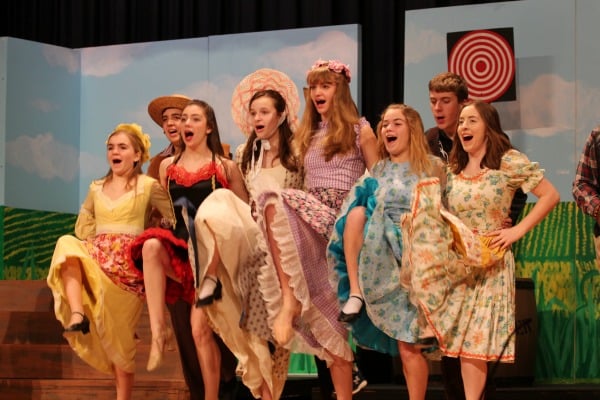 The show opens Thursday at 7:30 p.m., which is student night, and also has evening performances on Friday and Saturday. In addition, there will be a Saturday matinee at 2 p.m. You can buy your tickets online or in the lobby. 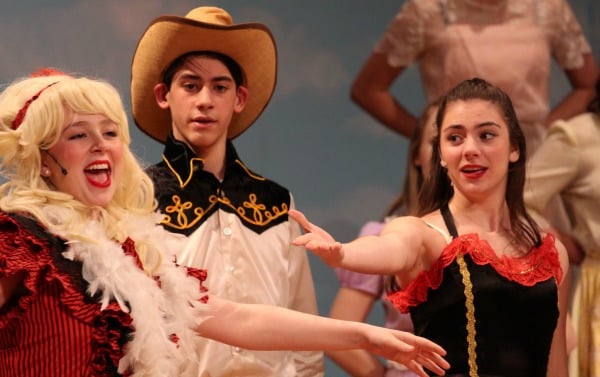 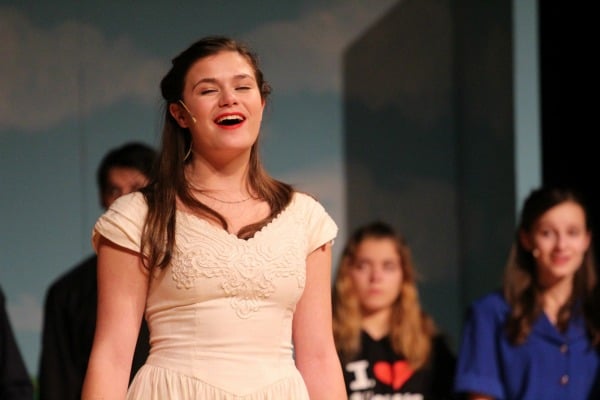