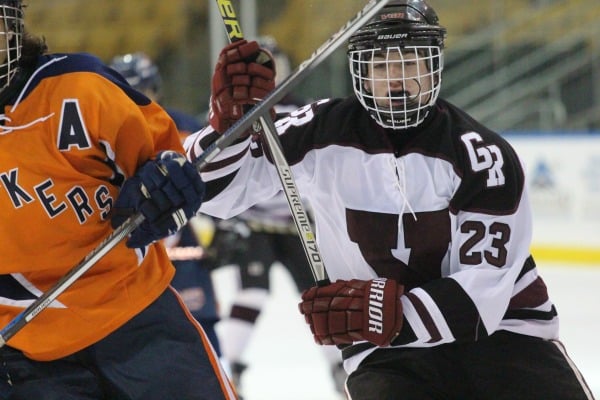 Last night was the first round of the Public C hockey playoffs and the Verona-Glen Ridge team came away with a big 5-0 win over Mountain Lakes-Boonton.

VGR came into the Codey Arena matchup after two disappointing losses, a 6-1 defeat by Millburn in the Kelly Cup semifinals and a 2-0 finish against Morristown.

This playoff, which pitted 15th-seeded VGR against 18th-seeded MLB, started off very slowly. Nobody scored in the first period as the two teams cautiously circled each other on the ice. Alec Vecchione, from the Glen Ridge side of the team, got the first VGR score in the second period on an assist from Andrew Martell but it wasn’t until the third period that VGR went full throttle. 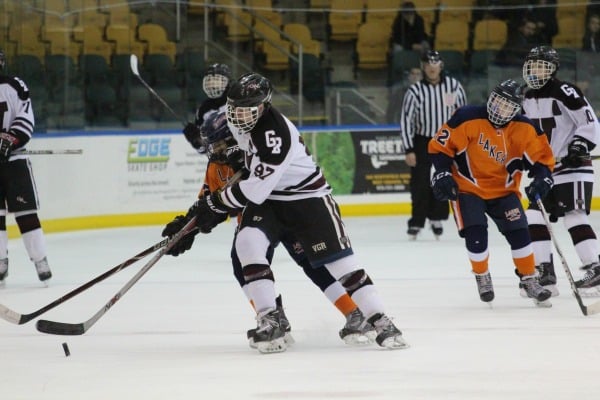 The quixotic seeding in the Public C bracket means that the next match for VGR, which has a 15-5-7 record this season, will be against the No. 2 seed, the Wall Crimson Knights, on Wednesday at 6:00 p.m. at Jersey Shore Arena in Wall.