Tony Sorrentino learned respect for Verona High School football the hard way: He played against VHS and lost. Twice, in fact. “My sophomore year we won,” says Sorrentino, who grew up playing for Mountain Lakes High School. “Junior and senior year, we lost.” On Tuesday night, Sorrentino became the next head football coach and JV boys lacrosse coach at VHS. Next Tuesday, he meets with the players who will be his future.

A New Jersey native who holds both a bachelors and a masters degree from The College of New Jersey (TCNJ), Sorrentino was at football games before he could walk since his dad was the head football coach in Hanover Park. He started coaching even before he finished his undergraduate degree at TCNJ, but his first gigs weren’t in football: A lacrosse middie as well as a football player for the TCNJ Lions, he coached middle school lacrosse and basketball for the Hopewell Valley Regional School District. After interning with the Baltimore Ravens and the Houston Texans, Sorrentino went on to serve in high school, college and NFL coaching positions, most recently as an assistant coach at the University of Tennessee.

High-level coaching positions seem glamorous, but they can be as ephemeral as a six-point lead over the Patriots. Contracts can be short and, if a head coach is booted or leaves, the assistant coaches often need to leave as well. “It’s a great profession,” says Sorrentino, “but it’s highly competitive.”

The job at Verona will be a way to combine his passions for coaching and teaching, and provide a stable home base for his family. In addition to the coaching positions, Sorrentino will also initially teach in VHS’ digital arts department. According to the resolutions approved by the Board of Education on Tuesday, he will be paid $12,506 for the football job, $6,587 for the lacrosse position and $265 per day initially as a teacher because he is coming in as a long-term substitute. The district has not said what Sorrentino’s long-term teaching role will be. 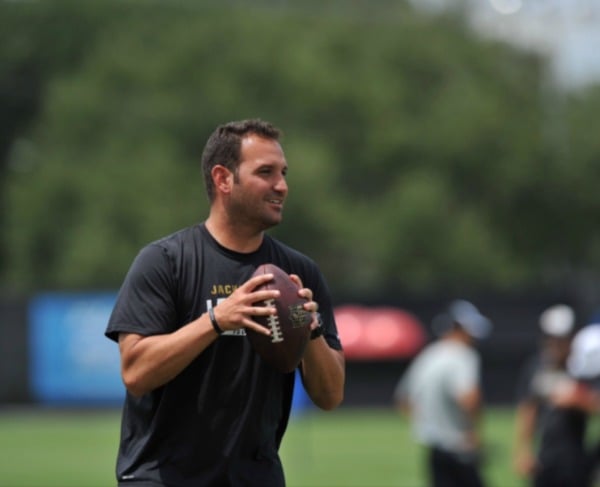 Superintendent Rui Dionisio said at Tuesday’s BOE meeting that the search and interview process that led to Sorrentino’s hiring took 10 weeks. Thirty-five candidates applied for the position, 10 were interviewed and Sorrentino went through six rounds of interviews. It is not known if any of Verona’s former coaching staff applied for the head coaching position. All Verona coaching assignments are for a single season only. Verona will interview candidates for this fall’s assistant football coaching positions in the coming weeks. (For the record, Sorrentino’s sister, VHS’ business education teacher and softball coach Angela Salisbury, was not part of the selection team; Salisbury also runs VHS’ Capstone internship program, which MyVeronaNJ has actively supported.)

What can VHS players expect from their new coach? Self-improvement is central to Sorrentino’s coaching philosophy. “I believe in constant self-improvement for myself and the people I coach,” he says. “I’m going to try to prepare my players for as many situations as possible, on and off the field.”

Verona players should also know that Sorrentino is very much a student of coaching. “I love studying coaches and how they run their programs,” he says. His top three to learn from: Al Golden, the linebackers coach at the Detroit Lions; Gus Bradley, the defensive coordinator at the Los Angeles Chargers; and Greg Olson, the offensive coach of the Oakland Raiders. I’ve had the luck to work with all three and to call them friends.” He also has a few maroon-and-white football friends, like Anthony Fasano, Nick Serpico and Mike Canfora; the latter two were at his wedding.

Sorrentino is aware that he steps into Verona at a delicate time, though he did not watch the heated BOE meetings that occurred after VHS’s long-time coach, Lou Racioppe, was placed on administrative leave last year. Two of Racioppe’s biggest supporters wished Sorrentino well yesterday in his new role. “Myself and the board of the 5th Downers wish Coach Sorrentino the very best of luck in his new position,” texted Mark Riggio, the incoming president of the Fifth Downers. “I wish the new coach well,” texted Frank Ferrari, a past president of the football boosters group. “I hope he can handle our VHS administration and some of the parents who are against running when it’s hot. Discipline, work ethics and film critique.”

Sorrentino will meet with sports parents next Thursday, and they will likely also hear about his commitment to community. “I’m all about a family atmosphere,” Sorrentino says, “and I believe that Verona has that.” 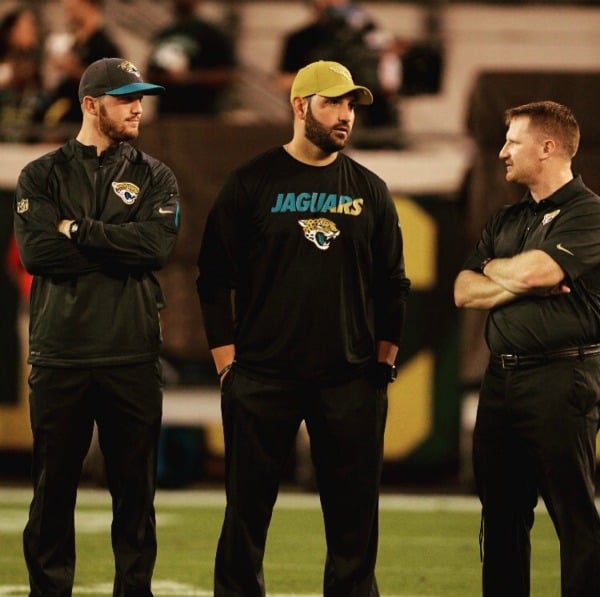