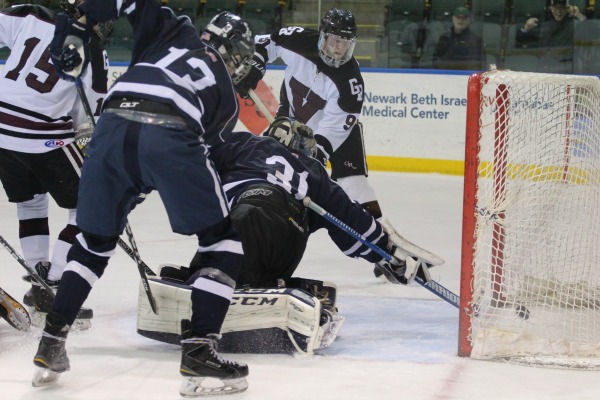 The first time the Verona-Glen Ridge Hockey team went up against Clark’s Arthur L. Johnson High School this season, the game ended in a 5-2 VGR victory. Last night, in the opening round of the Kelly Cup playoffs, VGR delivered an even more lopsided score. VGR, the No. 3 seed going into the playoffs, out-skated, out-defended and out-shot ALJ as they ran up a 9-1 win at the Codey Arena. 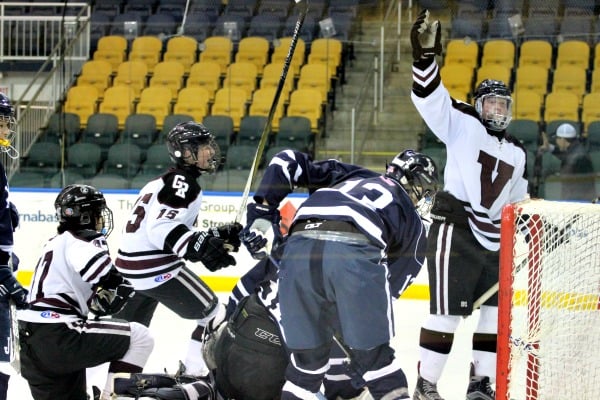 The Glen Ridge side of the two-town team delivered the bulk of the scoring last night, with two apiece from Chandler Otterbein and Anton Martino, a goal and two assists from Armaan Rigby, and a goal each for Jake Kuhn and Jeff Egan. Sean DeCandia, a senior from the Verona side of the team, had a goal and an assist, and Dylan Ruggiero, another Verona senior, was credited with an assist. The scoring might have been even heavier had ALJ goalie Karol Wieczorek not managed 35 saves. Colin Gilmore, a senior from Glen Ridge, was in goal for VGR for most of the game and had 11 saves. 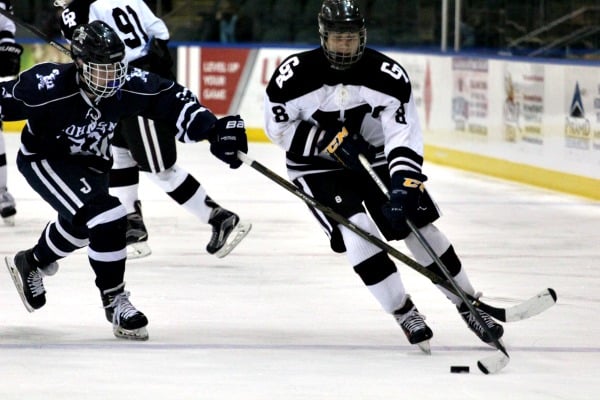 VGR is skating for the first time for the Kelly Cup, although it won the McGinnis Cup in 2016 after 23 years in that division. It takes on No. 2 seed Millburn on Monday night after the Millers scored a 7-2 win over West Essex yesterday. VGR and Millburn skated to a 2-2 tie on January 18, but Millburn came back three days later and defeated VGR 3-1. In the other two Kelly Cup games yesterday, No. 1 seed Scotch Plains-Fanwood defeated Nutley 4-3 and No. 4 Cranford skated past Bayonne 2-1.

The Monday semifinals will be at the Codey Arena at 8 p.m. 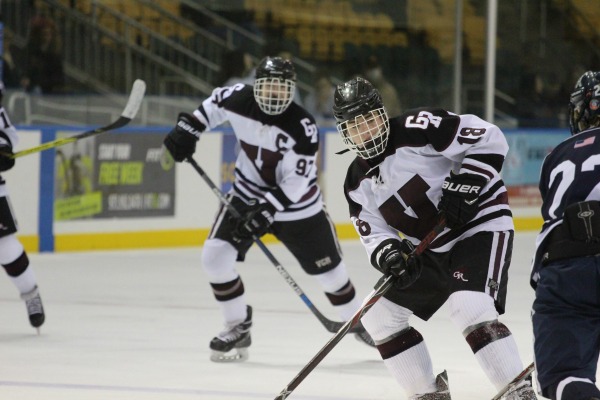