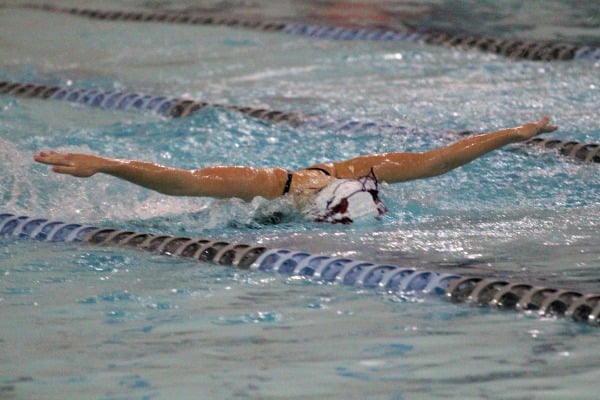 On the girls team, freshman Kelly Nulty was coming off a strong performance at the Super Essex Conference championship on Monday, Verona’s first-ever appearance at that event. She took fourth in the 50-yard freestyle and fourth as well in the 100-yard butterfly.

Nulty continued that leadership against Caldwell, winning the 50 free with a time of 27.12. Nulty was also part of the 200-yard freestyle relay team, and combined with Harmonie Chang, Jamie Hoimark and Jenna Gabbe to win that race with a time of 1:57.60. The VHS girls lost to Caldwell 49 to 114.

VHS now heads into its final three meets of its inaugural season. On Monday, January 22 it will face West Essex at the Caldwell Community Center at 8 p.m. On Tuesday afternoon, Verona travels to the pool at Rutgers Newark to swim against West Orange High School at 4 p.m. Verona’s last meet will be back at the Caldwell Community Center on Monday, January 29, against Montclair Kimberley Academy, with an 8 p.m. start.