Just after Christmas, Verona, like many other New Jersey municipalities, announced that it would allow taxpayers to prepay their 2018 property taxes. The move stemmed from the tax plan approved by Congressional Republicans in early December, which will cap the state and local tax deduction at $10,000. That is well below what has been taken in Verona.

Town officials didn’t know how many residents would want to avail themselves of the unanticipated prepayment, but it turns out to have been substantial.

According to Matthew Laracy, Verona’s chief financial officer, more than $5.7 million was collected in that holiday week from residents prepaying their 2018 taxes. This was an increase of over $5.4 million from the previous year. In total, 1,751 properties were prepaid. Some 117 were paid online and 1,634 were paid at Town Hall or through the mail. 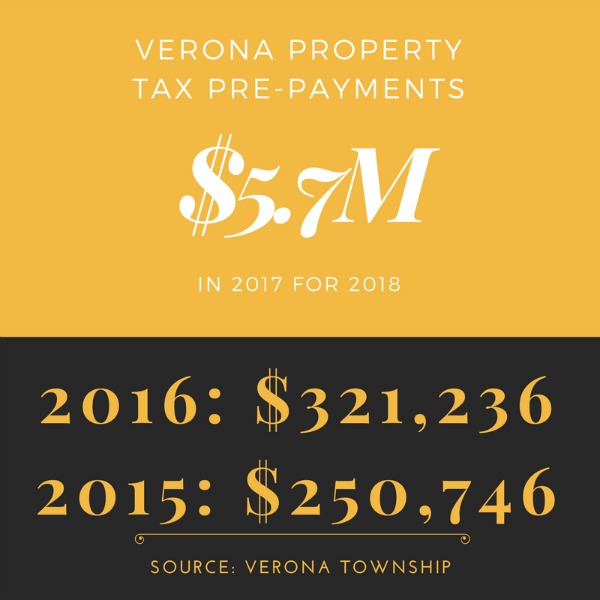 But, as substantial as it is, the windfall may not be much of a boon to Verona, which can only put the extra funds into short-term investments–very short term. “We can’t tie money up for a long period of time,” says Township Manager Matthew Cavallo, “because we will need it in February and May to pay what we owe to the county and the school board.”