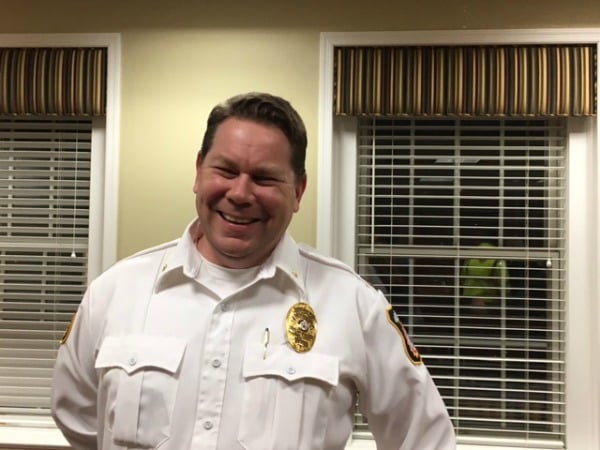 Kiernan is a Verona native and 1987 graduate of Verona High School who joined the Verona Police Department in April 1990. He has worked every VPD shift over the course of his career and many different roles, from officer on the street, to juvenile officer, detective, lieutenant and, after a promotion in July 2016, captain. He has handled scheduling for the department, which now has 30 sworn officers, and has been the coordinator of several large department projects, including the renovation of the dispatch department in 2015.

“It’s an exceptional group of men and women who serve the Verona Police Department and I am honored to represent them,” Kiernan said after the meeting.

The VPD had been led by Capt. Stephen DePoe as the officer in charge since the retirement of former Chief Mitchell Stern in May 2016. Both DePoe and Kiernan were eligible to apply to be chief. Kiernan could become the VPD’s full-fledged chief after completing the examination and certification of New Jersey Civil Service Commission, something that should happen later this year.

Kiernan said he intends to begin implementing several new initiatives in the VPD. He will work with the department on the deployment of body cameras, which were funded by the Council last night, and will expand the VPD’s usage of social media to communicate with the public. He said he also wants to make further improvements to the department’s technology. “I would love for us to become a data-driven department,” Kiernan said. “We have the tools. I want to enhance our use of them.”