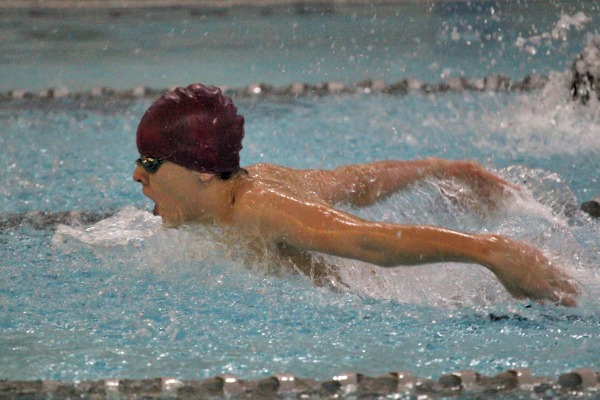 The Verona High School swim team had its first meet on Monday night and came away with several first, second and third place finishes–and a notable personal best.

The 2:05.70 time turned in by Jenna Gabbe, Jaimie Hoimark, Kelly Nulty and Harmonie Chang in the 200 Medley A Relay will go down in the record books as the first win in program history. While Verona swimmers have competed at the county meet as individuals after qualifying through their club teams, the Verona Board of Education only approved a formal VHS team in August. As with many other sports at VHS, the swim team is pay-to-play and fully funded by the families participating. 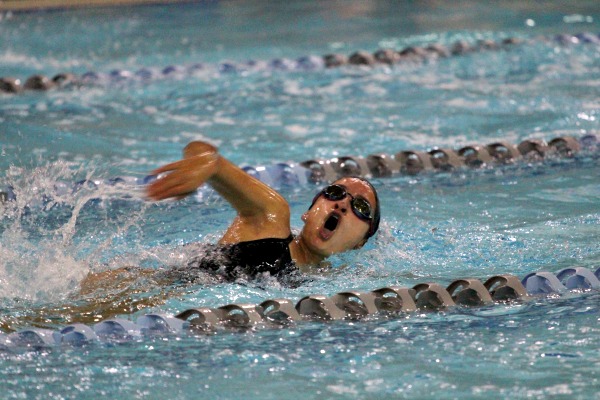 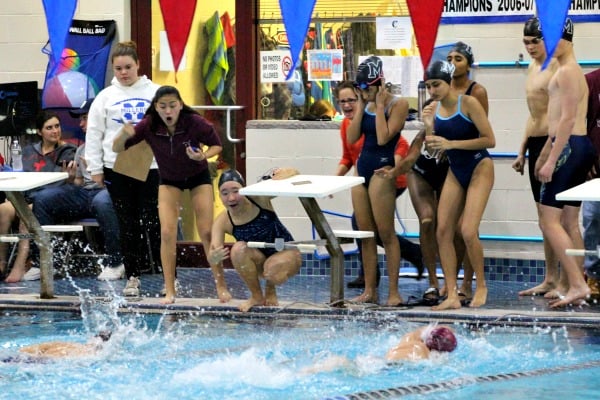 In the boys relays teams, the 200 Medley A Relay squad of Sheehan, Blitz, Andrew Hunt and Zack Balogh took third place at 2:01.95, while the 200 Free Relay efforts of Hunt, Balogh, Justin Koebernick and Kyle Jacobsen earned them third place after a 1:55.43 finish. The 400 Free Relay team of Sheehan, Hunt, Blitz and Koebernick finished second at 4:06.32. The boys also lost to Millburn, 131-30. 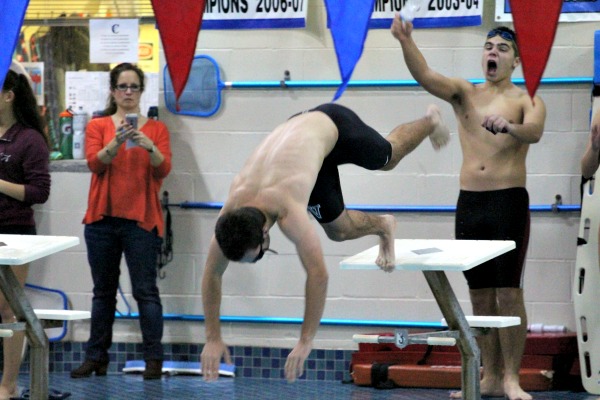