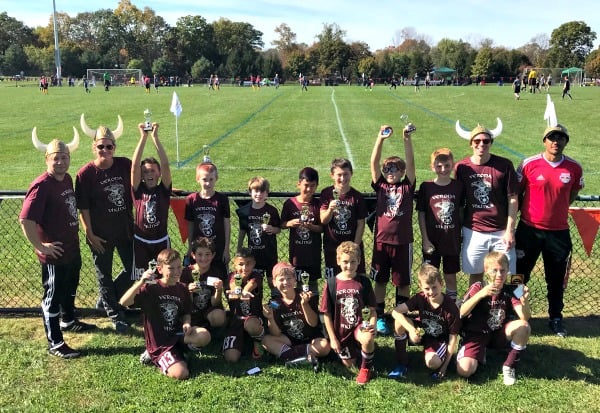 The Verona United Vikings U11 Boys took first place in the Goblins bracket of the 2017 Mount Olive Halloween Tournament on Saturday, October 21.

The squad, led by VU Team Manager Justin Saj and Red Bulls Trainer Roy Muriel started off the day strong, winning their opening match 5-4 against the Florham Park Firestorm. This set up a battle for the championship against the Chatham United Strikers. Despite falling behind 2-0 early in the first half of the final match, the Vikings scored two quick goals to even the score just before halftime. The Vikings netted what proved to be the winner midway through the second half. Tremendous goalkeeping and defense helped the Vikings lock up the tournament title with a 3-2 victory over Chatham United.