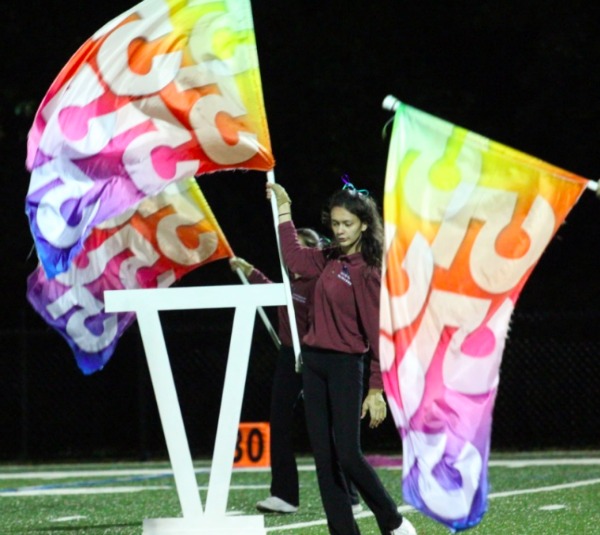 The Verona Marching Maroon and White will perform this year’s program “Fives”, which won first place in its division at their season kick-off competition in Roxbury on September 24, and second place in group AAA in this past weekend’s competition in West Orange, as well as best color guard and best overall effect. “Fives” is a compilation of the fifth symphonies of Tchaikovsky, Mahler and Beethoven, and showcases the professionalism and exceptional musicianship of Verona High School’s marching band.

Marching bands competing at the festival will be judged in visual performance, visual effect, music performance, musical effect and individual music. After having great success with its annual State Concert Band Festival, the NJSMA branched out to include marching bands this year under the leadership of Erik Lynch. “It was a natural evolution for the NJSMA to expand into the marching band genre and to give these student musicians such a fantastic opportunity for growth and musical development. I’m honored to help lead this important new direction,” says Lynch. Mr. Lynch is better known as the Verona High School director of bands, where he is in his seventeenth year teaching and is a four-time quarterfinalist for the Grammy Music Educator Award. The NJSMA hosts several festivals throughout the year for concert band, choral and orchestral music students in the northern New Jersey area.

Band Festival tickets are $10 and the doors will open at 4:00 p.m. The event begins at 4:30, with the Verona Marching Maroon and White performing at approximately 8:30 p.m. The Verona High School Thomas J. Sellitto Athletic Field is also known as the upper field and is accessible via Fairview Avenue or Grove Street in Verona. Handicapped parking is available in the lot next to the tennis courts off Sampson Drive. The Verona Music Parents Association, NJSMA and local sponsors look forward to an evening of great music, food and fun for the whole community. For more information, visit the Verona Music Parents Association Facebook page.

- Advertisement -
Previous articleVerona Shines At XC Invitational
Next articleIs This The Best VHS Volleyball Team Ever?