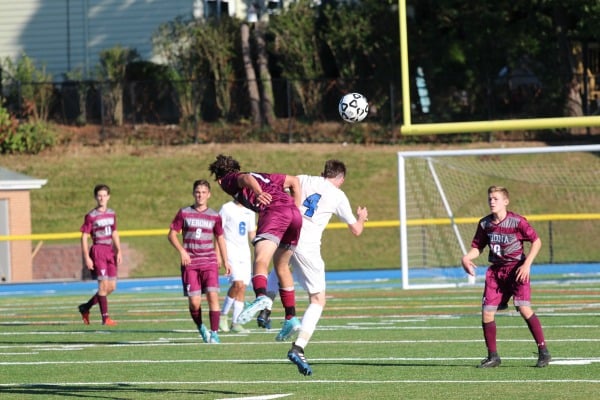 Catching up on the week in boys soccer: The Verona High School squad suffered a devastating loss to the Caldwell Chiefs on Wednesday in what was a crucial game for Liberty Division supremacy.

The Hillbillies took a quick lead in the 9th minute when Michael Daggett threw the ball into Caldwell’s box and Sal Vassallo headed it in. Ten minutes later, Caldwell knotted the score at 1. After that goal, both defenses stepped up and did not allow a goal until the 73rd minute, when Verona sophomore Liam Patel sniped one past the keeper to take a late lead for the Hillbillies. Brian McEvoy was awarded the assist.

Verona had to play strong defense for 7 minutes to secure the victory but in the 76th minute, a Caldwell midfielder controlled the ball in the corner and crossed it into the box to a striker who headed it in off a bounce. Then in the 19th minute of a 20-minute overtime, a Caldwell midfielder with a clear shot at the goal, put one past goalie Robert Parent to win the game for the Chiefs.

Caldwell had five shots on goal while Verona only had three. The boys are now 4-5 overall and 4-2 in conference. Verona’s next game will be against Bloomfield at Centennial Field on Monday. 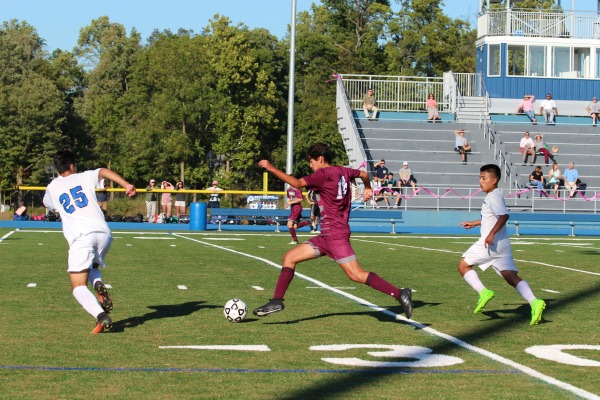