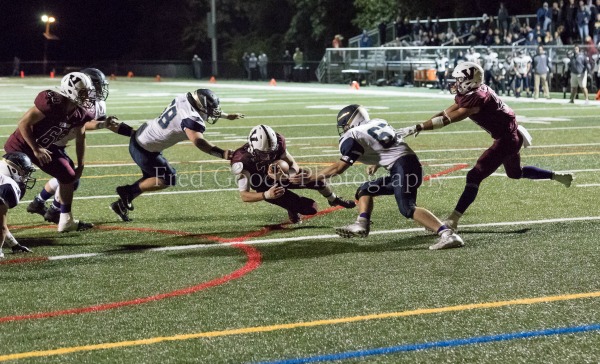 Until 24 seconds before the end of the first half, it looked if the Verona High School football team might again be headed toward the losing side of the scoreboard.

Ramsey High School had scored two touchdowns in the first quarter–first Chris Frohlich on a 41-yard run and then Cooper Mandel on a 7-yarder–putting the Rams ahead 12-0 after two missed conversions. In the second quarter, Ramsey recovered a fumble in Hillbillies territory and seemed to be destined for a third TD.

Then two very important things happened. Verona’s defense forced a turnover on downs with 2:25 left in the quarter. And, with the clock closing in on 23 seconds to go, Lavery threw a bomb that went deep into the right side end zone–and right into the hands of sophomore Jake McConnachie. That catch alone would have been enough to rattle the trees around Sellitto Field, but when Verona’s Steven Luehs drilled the extra point it seemed as if an extra jolt of energy had been delivered down the Hillbilly sideline.

Verona kept Ramsey away from the end zone for all of the third quarter, so even when the Rams’ Rafael Zurita kicked a 35-yard field goal in the fourth it didn’t seem to put a dent in Verona’s momentum. The home field crowd just had to wait for what they all felt was coming.

And it did. With 28 seconds to play, Verona was one yard from the goal line. Lavery kept the ball after the snap and took it over, boosting the score to 19-15 Verona. The Hillbillies then made their lead more comfortable with a two-point conversion. Ramsey tried to get another scoring play going, but it didn’t happen. The win moved Verona to 1-3 on the season and Ramsey to 2-3. 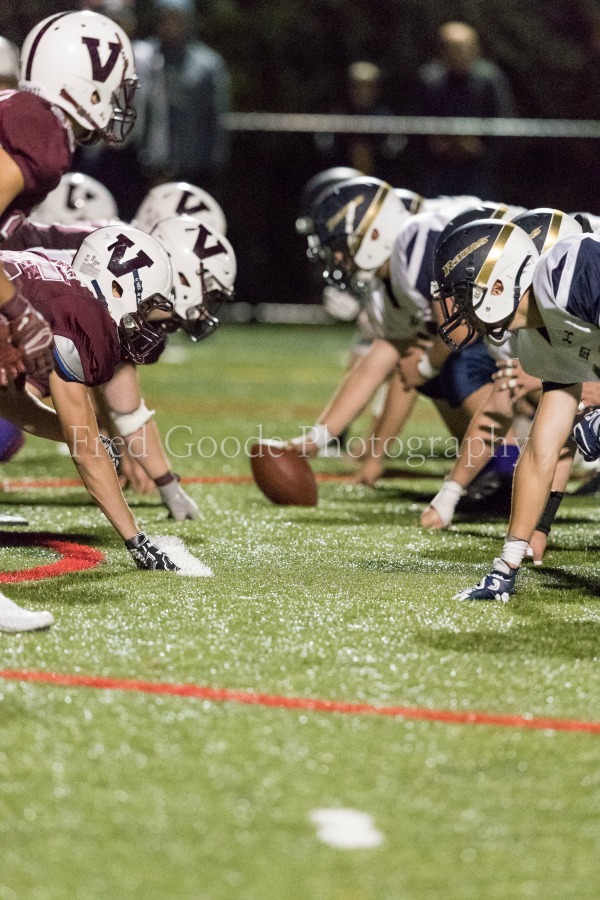 As good a game as it was, it wasn’t just about the football. The teams had chosen to make the game a joint effort to raise awareness about suicide prevention. Both teams wore socks in the signature purple of the American Foundation for Suicide Prevention (AFSP), and Verona’s cheerleaders, color guard and marching band added purple and teal ribbons to their uniforms. 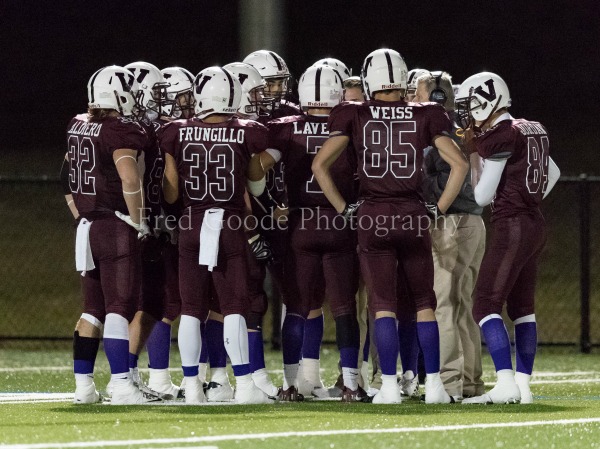 On Monday, VHS will begin its annual Week of Respect program, which will have segments on moral character, preventing bullying, stopping racism and respecting the environment. Ramsey High School has been participating in Bergen County’s Stigma Free Initiative to educate residents about mental illness and raise awareness of local mental health resources, as well as in a suicide and mental health awareness exhibition at Ramapo College called “Send Silence Packing.”

Verona has lost two young residents to suicide in the last year and the AFSP’s Montclair-Verona Out of the Darkness Walk will be held in Verona Park on Sunday, October 22. The fundraising goal for the walk was raised this weekend from $50,000 to $75,000. 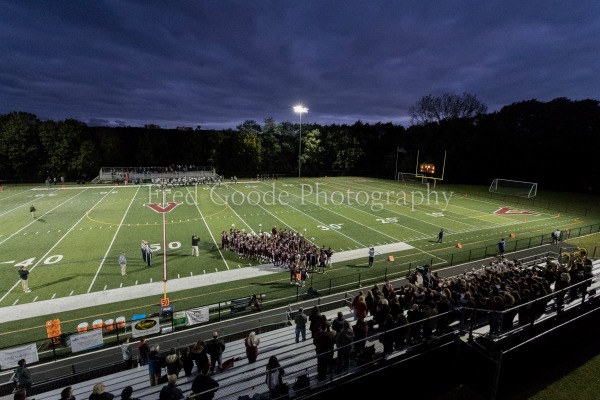